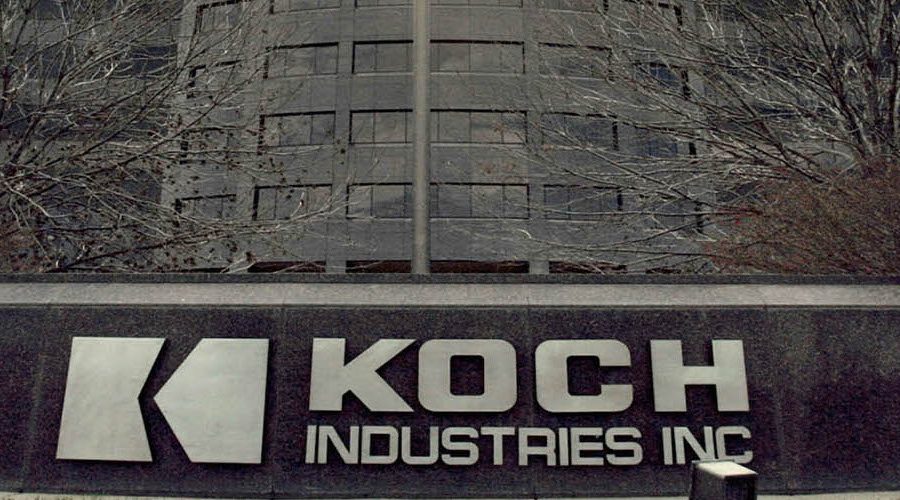 Over the past two years, Koch Industries and its astroturf political arm, Americans for Prosperity (AFP), have spent millions lobbying Congress to kill President Biden’s agenda, with the Inflation Reduction Act and its stalled predecessor, Build Back Better, among its top targets.

Both bills called for billions in federal spending to promote renewable energy sources, including a 30% tax credit for installing rooftop solar panels. Paid for by closing tax loopholes for corporations and the wealthy, the move is expected to spur millions more households across the country to go solar.

Although those tax breaks were anathema to Koch, after the Biden Administration had written the solar subsidy provisions into the original Build Back Better (BBB) bill, he quietly acquired two solar companies that stood to become huge winners if the bill passed.

At the end of 2021, Koch Strategic Platforms also made a $150-million investment in GameChange Solar, which designs, manufactures, and installs solar panel racking systems and is among the top producers of energy from solar in the U.S.

Both companies are members of the Solar Energy Industries Association (SEIA), the principal trade group that lobbied for the Inflation Reduction Act (IRA) of 2022 and its carbon-reducing investments and subsidies.

Spending on lobbying in Congress is not broken out by issue, but SEIA spent $2.1 million in 2022 lobbying on a dozen bills, including in favor of the IRA and its earlier iteration, BBB, which passed the House in 2021.

At the same time, both Koch Industries and AFP lobbied against the bills in the Senate. In 2022, AFP spent $1.5 million on lobbying Congress, while Koch Industries spent $11.3 million doing the same.

With affiliates in 38 states, AFP works to oppose public-sector unions, Medicaid expansion, corporate taxes, and environmental protections. Close to 90% of its $113.8-million budget in 2021 came from Koch’s Stand Together Chamber of Commerce.

AFP’s primary targets leading up to passage of the IRA were Democratic senators Joe Manchin of West Virginia and Krysten Sinema of Arizona, who declared herself an Independent as of January 2023. In addition to direct federal lobbying, the group ran social media ads that called out the two senators, encouraging them to oppose what it labeled a “$739-billion tax hike.”

One ominous-sounding ad targeted at Manchin said: “Senator Manchin can stop it. Come on, Joe… Say NO for West Virginia.” AFP’s ad aimed at Sinema was almost identical. In the end, both senators voted in favor of a pared-back version of the original $1.7-trillion Build Back Better bill.

Koch Industries has long profited from its holdings in oil refining, pipelines, fertilizers, commodities trading, ranching and, through its Georgia Pacific subsidiary, paper pulp and wood products. It reported an estimated $120 billion in revenue in 2021.

But while fossil fuel production and refining still account for its primary source of revenue, the company is hedging on these investments by pivoting to alternative energy technologies. According to S&P Global Market Intelligence:

As CMD previously reported, in 2021 the Koch Industries refinery in Minnesota—known as Pine Bend and owned by Koch’s Flint Hills Resources—announced plans to build a solar farm on site to provide electricity to the refinery. Projects like this that were announced before Biden signed the IRA in August 2022 still receive the tax subsidy called for in the new legislation.

In addition to Koch’s investments in solar, the company has also shifted focus to become a major producer of lithium batteries, which are key to everything from our ubiquitous electronic devices to solar power backup and the EVs most Americans are expected to buy in the next decade.