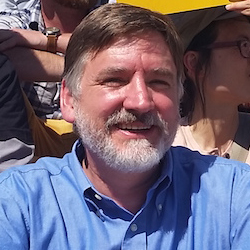 Arn Pearson is the Executive Director of the Center for Media and Democracy. He previously served as the Vice President for Policy and Litigation at Common Cause.

As Oklahoma attorney general, Pruitt made $70,000 flipping a Tulsa property under questionable circumstances

Campaign finance reform was once a bipartisan issue. With Koch money flooding into the GOP, those days are gone.

Some of Trump’s most egregious nominees have dropped out, but his onslaught on the judiciary is very dangerous.

The most heated exchanges during Attorney General Jeff Sessions’ appearance before the Senate Judiciary Committee last week concerned his ever-shifting explanation of what he discussed—or didn’t discuss—with Russian officials while serving as Donald Trump’s “go-to person” on foreign policy during the 2016 presidential campaign.

As Mueller homes in on the White House, the need to protect his investigation grows

Scope of investigations into Trump camp collusion with Russia is far broader.