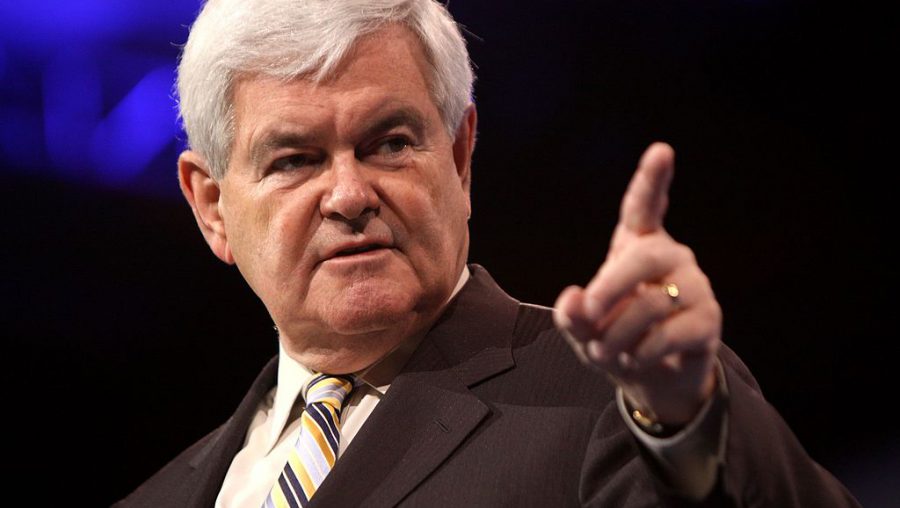 Watchdog group the Center for Media and Democracy (CMD) once again is the source behind breaking news revealing the truth behind the politics on issues in our media and democracy. As reported in ProPublica’s story “What Newt Gingrich Really Thinks of Donald Trump,” audio obtained by CMD revealed that VP Finalist Newt Gingrich expressed his thoughts on Trump to Republicans in a private February speech, stating that he believed Trump would lose in a landslide if he didn’t change his campaign tactics and calling Trump “an American nationalist” who is “not a conservative.”

Gingrich also said that Trump speaks to the voters “at the lowest level of any candidate in either party” and “how we make the transition from, you know, language for fourth graders to real policy, I don’t know.”

Listen to the full audio at bottom of page:

Gingrich: (Trump is) “Some weird combination of the Kardashians. I mean think about it, the whole tweeting, the whole continuous noise.”

At 40:47
Gingrich: “Now, how we make the transition from, you know, language for fourth graders to real policy I don’t know. And by the way, I do not believe anybody, including Trump, can tell you what a Trump presidency would be like because he won’t know.”