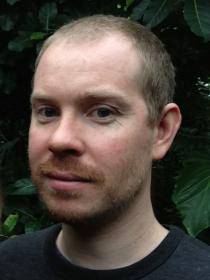 The Lincoln Network is behind online technology called “Edunity” that is being deployed to encourage teachers and other public sector union members to leave their unions.

A Freedom of Information Act documents show the EPA administrator’s expenses jumped $1.1 million from the last disclosure a month ago.

The Koch brothers have won victory after victory in their bid to reshape American government to their interests.

Andrew Wheeler, a coal lobbyist, is the nominee for deputy administrator at the EPA. His confirmation vote is expected on Wednesday.

The fracking lobby will host its annual “Congressional Call-Up” event at the Trump International Hotel in March.

Rick Berman, a corporate lobbyist, is busy mobilizing business groups to go on “offense” with the aim of killing minimum wage hikes.

The American Legislative Exchange Council, a controversial group that brings corporate lobbyists together with state legislators to formulate business- and Republican-friendly policies, will host its 45th anniversary gala at the Trump International Hotel next year.

Trump has been good to the mining industry. Now its lobbyists will spend big at his hotel.

Here are emails from Scott Pruitt’s previously unknown second email account while he was Attorney General of Oklahoma. Pruitt had told the Senate he only had one account.