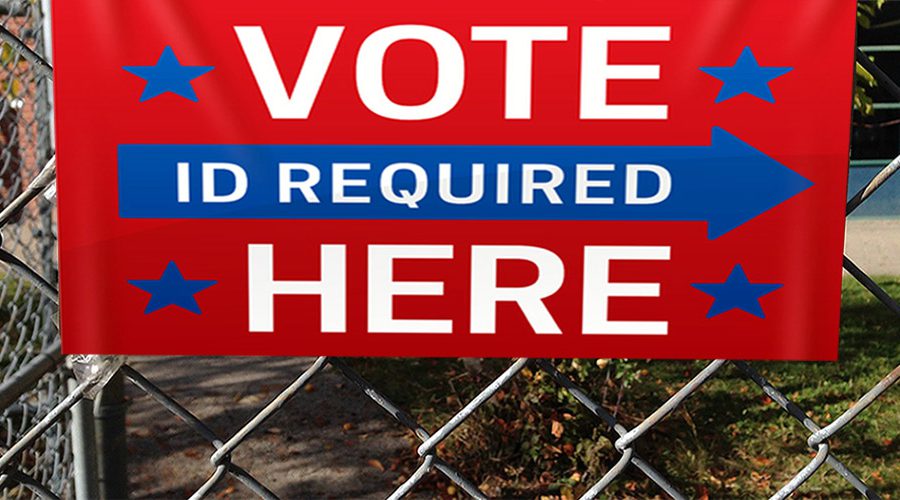 MADISON — A federal judge held a hearing Wednesday to determine if procedures put in place by Wisconsin Department of Motor Vehicles (DMV) to implement the state’s new voter ID law were sufficient to protect the right to vote.

The advocacy organization One Wisconsin Now was asking the judge to suspend the state’s voter ID law for the November election or at a minimum force the state to fix demonstrated problems with the voter ID petition process (IDPP), which is designed to help people who don’t have their birth certificates or other forms of ID acceptable under the state’s strict version of the American Legislative Exchange Council’s “model” law.

“The state fell short of its obligations by September 22, the very date I was assured by the state that things were going smoothly that was plainly not the case,” Peterson said referencing a glowing 40 page report submitted by the Wisconsin Department of Justice. Further he said, “the problems were entirely predictable, the ID process was not understood by intended beneficiaries and the service provided by DMV was manifestly in adequate.”

“If I were a person that did not have the standard documentation I would be at a loss, the DMV website does not provide information. Even now if I went to DMV, I would be relying entirely on the assistance of the counter, no written hand out even now,” said Petersen. “The DMV might have a lot of competencies but communication with voters is not one of them.”

“For some reasons the state has separated the DMV and Wisconsin Elections Commission so vigorously the result is predictable. The elections commission could really help on this, but when you get to their website, they flip you over to the DMV website,” complained the judge.

Even though ex-GOP staffers testified in July that Wisconsin Senators were “giddy” at the prospects of using voter ID to suppress the vote of students and African-Americans in Wisconsin–some of the strongest testimony offered in the nation–Petersen hesitated to strike down Wisconsin’s voter ID in its entirety. Instead, he struck down early voting restrictions and a list of other hurdles to voting and ordered that IDPP voting receipts be issued “promptly” to those seeking them.

Big Problems at the Department of Motor Vehicles

In July, Peterson struck down Wisconsin’s early voting restrictions allowing cities and towns to reopen early voting stations. At the same time, Peterson said the IDPP was “unconstitutional” and a “wretched failure” ordering that it quickly be brought up to snuff.

But that did not happen.

“We are a month from an election and still something as simple as a one-page handout is not available to the citizens of the state,” said the exasperated judge on Wednesday.

The problems with IDPP were revealed by Ari Berman of the Nation on September 29. Berman, an author and expert in voting rights was in Madison for a book reading sponsored by the Center for Media and Democracy. He acquired tapes from voting rights advocates Vote Riders demonstrating huge problems at the Wisconsin DMV.

The tapes made by Vote Riders showed that voters were repeatedly being given incorrect information at the DMV as they attempted to obtain identification that could be used for voting. Berman’s story featured an African-American man named Zach Moore who brought his Illinois photo ID, Social Security card, and a pay stub as proof of residence, but was turned away without the voting receipt Peterson ordered to be promptly provided.

Berman’s follow up article October 11 featured a naturalized citizen and a Wisconsin state worker, who had a driver’s license from Illinois, a Social Security card and a marriage certificate and who had been voting in Wisconsin for years but could not obtain her naturalization papers from the federal government to prove she was a citizen in item for the November election even if she wanted to spend $345 to get them.

Judge Peterson said on Wednesday, “the DMV might have many competencies but working with voters is not one of them.” Peterson also questioned why the entire voter process had been effectively divorced from the Wisconsin Elections Commission and handed over to Walker’s Department of Transportation.

The judge’s frustration echoed those of advocates working hard to educate voters about the new requirements.

Molly McGrath, the Vote Riders advocate who provided the tapes to Berman, took the stand.

She explained that she often encounters voters at food pantries and in church food lines. These people are not likely to have the computers or the knowledge to be able to find the minimal information provided on the DMV website for the IDPP program. Nor were they likely to be reached by the state’s anemic and not very specific ad campaign.

McGrath had been working full time on helping people exercise the right to vote since last December, yet she did not herself understand what constituted acceptable ID for the IDPP program: “I don’t know how to do my job, I don’t know what to tell voters and I can’t go with them every time to make sure they get the proper service.”

Equally concerning was the testimony of the Madison City Clerk and the Milwaukee City Clerk who testified that they were getting a significant number of absentee ballot applications without the proper voter identification documents attached.

In Madison, the clerk attempted to call hundreds of voters who failed to send in identification, yet 355 who were contacted still failed to get in proper identification. In Milwaukee the situation was worse. The Milwaukee clerk estimated that 150 voters who sent in ballot applications indicated they did not have the required ID at all, an estimated 1-2 percent.

Wednesday’s hearing was prefaced by dramatic developments at the state’s brand new elections commission created after the Wisconsin GOP dismantled the fully independent Government Accountability Board which helped launch an investigation of Governor Walker and dark money groups known as the John Doe.

Wisconsin Elections Commission Chairman Mark Thomsen and vice-chairwoman Ann Jacobs, attempted to file a report with the court constituting their views on how the IDPP program was running, but the Wisconsin Department of Justice (DOJ) failed to file their report with the court, forcing the duo to file it themselves and ask the judge to appoint new attorney’s to represent them.

In a letter to Peterson, Thomsen and Jacobs pointed out a multitude of problems with the IDPP program. The duo also told the court that Walker’s DOJ was usurping the activities of the Wisconsin Election Commission, improperly attempting to make the administrator a tool of the partisan DOJ.

When commissioner Ann Jacobs took the stand, she faced hostile questioning from DOJ attorneys who wanted to know why she didn’t call an emergency meeting or pursue other options. She responded “I didn’t view an order from a federal court as optional.”

For their part, Wisconsin DOJ attorneys argued that reports of difficulties with the IDPP were exaggerated. Under the gun, the DOJ sent in undercover state troopers to test the system and said it had recently retrained DMV workers. But the judge said that the troopers did “not present hard cases.”

After a day in court, Peterson demanded that the parties return Thursday to further discuss an action plan so the state can demonstrate it is taking the judge’s order seriously.

But Peterson is blowing the whistle on a slow-motion train wreck when the brakes need to be applied. Already 1-2 percent of voters in Milwaukee are being disenfranchised, that number is sure to grow.

Voter ID bills were created to make voting more difficult. After Indiana’s bill was held to be constitutional, a “model” voter ID bill was taken up by the American Legislative Exchange Council in 2009 and spread like wildfire in Republican-controlled legislatures. In state after state, GOP politicians admitted that their goal was to influence elections and make it more difficult for certain constituencies to vote.

“We made a pretty complete case that legal voters were denied access to the franchise,” said Executive Director Scot Ross after today’s hearing. “It’s abundantly clear that Governor Walker is unable or unwilling to follow the law as described in the judge’s order.”

It’s time for Petersen take the next step and toss out Wisconsin’s voter ID law.