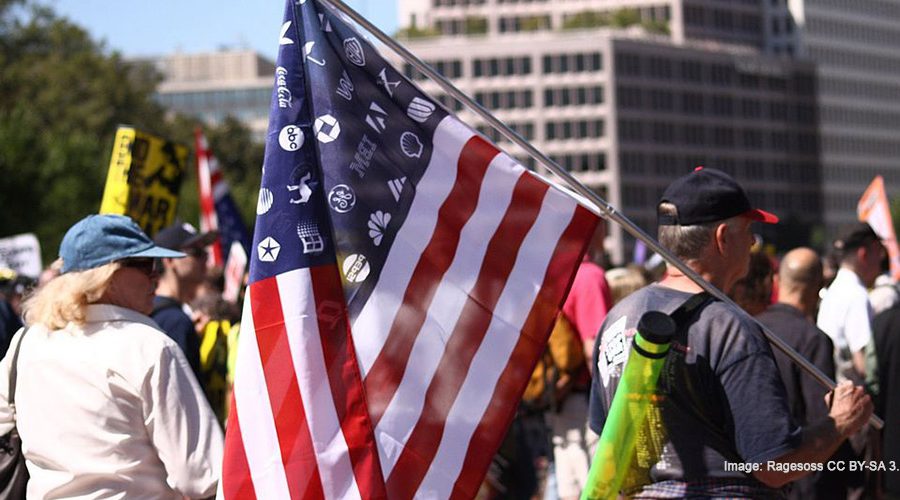 Congressional Republicans are baldly enticing donors with the promise of meetings with senior legislative staff, effectively placing access to congressional employees up for sale to professional influence peddlers and other well-heeled interests.

Documents obtained by The Intercept and the Center for Media and Democracy show that the National Republican Senatorial Committee and the National Republican Congressional Committee are both telling donors that in exchange for campaign contributions, they will receive invitations to special events to meet with congressional staff including chiefs of staff, leadership staffers, and committee staffers.

While selling donors access to senators and representatives and their campaign staff is nothing new, the open effort to sell access to their legislative staff–the taxpayer-funded government employees who work behind the scenes to write legislation, handle investigations, and organize committee hearings–appears to be in violation of ethics rules that prohibit campaigns from using House and Senate resources in any way.

Congressional ethics rules flatly forbid Capitol Hill employees from engaging in fundraising activities as part of their official duties. Any explicit fundraising work must be done strictly as a volunteer, and there must be a clear firewall separating government work from campaign work.

It’s arguably the last fig leaf left when it comes to giving the appearance that campaign contributions are not directly linked to official acts.

“You can’t use resources that are paid for by the taxpayer to service campaign donors. That’s blatantly illegal,” said Caroline Fredrickson, the former chief of staff to Sen. Maria Cantwell, D-Wash.

Senate ethics rules allow for only de minimis, or incidental, overlap between government responsibilities and campaign work. For instance, when a Senate employee receives an unsolicited campaign communication, they may forward it on to the campaign staff.

House ethics rules cite a court ruling that “the basic principle that government funds should not be spent to help incumbents gain reelection.”

But a document obtained by The Intercept and the Center for Media and Democracy from the NRSC, the Senate GOP campaign arm, lists the benefits of “D.C. Personal Giving Memberships,” which costs as little as $1,500 a year. Among them: “Invitation to attend events with Republican Chiefs of Staff, Leadership Staff, and Committee Staff.”

The NRCC, the House GOP campaign arm, describes its “218” program on its public website as being “comprised of Washington, DC GOP activists committed to a Republican Majority.” The group’s main objectives include providing financial support to the NRCC and targeted GOP candidates; and serving as an advisory group between the DC community and NRCC leadership.”

For as little as a $5,000 annual contribution, members are eligible for monthly briefings that include “House Leadership Staff” and “receptions with Chiefs of Staff, Leadership Staff & Committee Staff” as well as other more customary benefits.

Its not the first time a major Capitol Hill funding outfit has raised campaign cash using congressional employees. In 2013, the Democratic Senatorial Campaign Committee advertised a “Women on the Hill Dinner” with chiefs of staff to Democratic senators. The event was asked for a suggested donation of $1,000.

But the new Republican effort is more structured, making the exchange of money for meetings with a variety of congressional staffers an official element of the party’s fundraising apparatus, with regular events and tiered levels of access.

“It’s the blatant buying and selling of access,” said Michael Beckel, the research manager at IssueOne, a campaign finance reform group. “Congressional staffers, paid by the taxpayers, don’t have carte blanche ability to participate in political fundraising. A reasonable person could easily conclude that this selling of access would be prohibited under congressional ethics rules because it’s mixing official business with more than a de minis amount of campaign activity.”

“This is the first time I have heard of party fundraisers based on pay-for-access to congressional staff,” said Craig Holman, an ethics expert with the watchdog group Public Citizen. “It raises serious issues of ethics and corruption.”

“This takes money buying access to a new level,” said Jessica Levinson, a law professor and ethics expert at Loyola Law School. “This means that people with money can buy, in a very concrete sense, a meeting with important staffers.”

But Chris Ashby, a Republican campaign finance lawyer, argued that congressional staffers are free to engage in political work as a volunteers, and that simply using their congressional titles in a fundraising appeals does not raise ethical concerns. “We allow members to use their titles in political communications, I think the same allowance fairly applies to staffers,” Ashby said. “What staffers should not do is use or permit the use of their job titles or any other government indicia–such as official seals or office email accounts–in such a way that expresses or implies the support of the government for their political activities.”

According to another NRSC document obtained by The Intercept and the Center for Media and Democracy, Hazen Marshall, a former lobbyist who is now policy director for Sen. Mitch McConnell, R-Ky., met with “Article One” donors to the “D.C. Personal Giving” program ($5,000 and up annually). The event was held at the NRSC headquarters, just north of the Capitol building. Hazen is paid $170,000 a year for his government job.

In 2011, a report by the Office of Congressional Ethics found that several lawmakers regularly brought legislative staff along for meetings with campaign donors. The OCE report charged that the fundraising events may have influenced official actions in Congress, including amendments to a financial regulatory bill.

Lawmakers fought the allegations, claiming the legislative staff had helped raise money strictly as campaign volunteers working outside the scope of their official, government jobs.

The chief of staff to then-Congressman (now Trump’s secretary of health and human services) Tom Price, R-Ga., told investigators that although he had asked donors for money and helped drive Price to fundraising events, his role at the fundraisers was limited to driving the lawmaker, and he was never asked by Price to attend a fundraiser.

The chief of staff to Congressman Joe Crowley, D-N.Y., a member of the Democratic leadership, was found emailing lobbyists for campaign contributions and setting up meetings with potential donors.

The House Ethics Committee ultimately did not take action on the OCE investigation. Its report specifically noted that Price’s chief of staff and legislative assistant “had no official role at any of the events. Nor were they told to attend. Neither of them engaged in any specific discussions with the attendees regarding official business or specific legislation.”

Legislative staffers advertised as attending the NRCC and NRSC events would by definition have an official role and required presence.

“This is really, I have to say, one of the more blatant swamp-like activities that’s going on right now,” said Fredrickson, the former Democratic chief of staff. She is now president of the American Constitution Society. “The indication that they’re there in their official capacity is very troubling.”