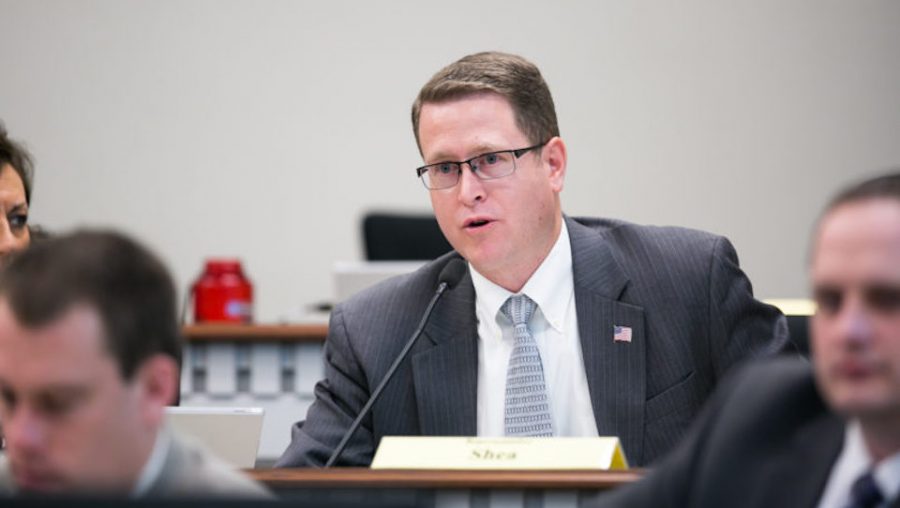 Washington State Rep. Matt Shea (R-Spokane) has found himself back in the spotlight again, this time for messages sent and received through the Signal app discussing acts of violence against and surveillance of left-wing activists, as revealed by The Guardian.

Rep. Shea is the Washington state chair for the American Legislative Exchange Council (ALEC) and has served on its Civil Justice Task Force.

In the private chats with far-right talk show host Jack Robertson and activist Anthony Bosworth, “The men proposed to confront leftists — whom they repeatedly refer to as ‘communists’ and ‘Antifa’ — with a suite of tactics, including violence,” The Guardian reported.

The messages were exchanged in the heated lead-up to the alt-Right’s propaganda about an impending “Antifa revolution” on November 4, 2017 — something that in reality amounted to a handful of anti-Trump rallies.

According to the chat history, Robertson suggested extreme violence against a Spokane resident, one of Shea’s constituents, “Fist full of hair, and face slam, to a Jersey barrier. Treat em like communist revolutionaries. Then shave her bald with a K-Bar USMC field knife.”

Shea did not argue against torturing his constituent and instead offered to help with the effort by conducting background checks on Indivisible members and a professor, also constituents: “OK. What BG checks need to be done. Give me the list. All I have several names that have come up…Any info out there?”

The men also discussed civil war and “using symbols from what they understood to be Russian anti-communist groups as a way of spreading paranoia among their adversaries,” The Guardian found.

As the Center for Media and Democracy reported, Shea’s manifesto advocated for the killing of all males if his radical agenda could not be achieved peacefully, the terms of which Shea laid out as a stop to all abortions, an end to same sex marriage, an end to idolatry, an end to communism, and replacing America’s current justice system with Biblical law.

Shea lost his position as Chair of the Republican Caucus after the holy war revelations, and many donors, including Avista, BNSF Railroad, and AT&T, cut ties with him.

ALEC, however, ignored calls for it to sever ties with Shea and, when he won reelection last November, renewed his post as its Washington state chair.

In addition to introducing bills this year to abolish abortion and deregulate firearms, Shea is sponsoring legislation to establish the new state of Liberty, formed by dividing the state of Washington east of the Cascade mountains. The goal of some white supremacist groups is to create a “white homeland” in the northwest states.

Shea will be the master of ceremonies at a John Birch Society (JBS) dinner in Idaho on April 26, where right-wing conspiracy theorist William F. Jasper will deliver an address entitled, “No Borders, No Nation.” JBS — whose cofounders include the Koch Brothers’ father, Fred, and the founder of the Bradley Foundation — is an extremist group that viewed the Civil Rights movement and the Equal Rights Amendment as communist plots.

Washington Lt. Governor Cyrus Habib has asked Republicans to “do the right thing and eject Matt Shea from their caucus. Obtaining background checks on people for the purpose of planning violence against them is a crime, and even offering to do so is clearly 100% unacceptable in the Legislature.”