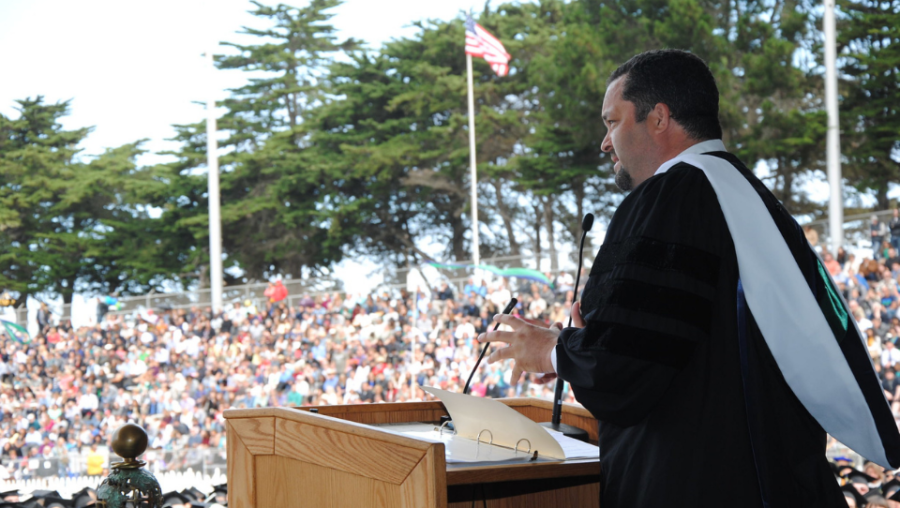 The Center for Media and Democracy spoke with People For the American Way President Ben Jealous about poll watching’s racist history and current resurgence for this story.

Could you comment generally on the effect of poll watching on voters of color historically?

Poll watching as a general premise is not a bad idea, but the reality is that “poll watching” orchestrated by the Right has translated to “voter intimidation” of Black voters throughout the decades. Poll watchers deployed to scare away voters of color have often been armed and violent, dating back to the 19th century. So there’s no question that harassment and intimidation in the guise of “poll watching” has suppressed the Black vote for many years.

You don’t even have to go back that far: in 1981 in New Jersey, there was an infamous case where the Republican National Committee sent a so-called “ballot security” task force to Black and Latino precincts in New Jersey. There was widespread intimidation on Election Day, including by armed individuals, and the RNC was subjected to a federal consent decree that required all of its so-called “poll watching” activities to be approved by a court. More recently, the Tea Party and its “True the Vote” offshoot has taken on the job of poll watching and intimidating voters.

How did Republican poll watching in 2020 affect voters?

The 2020 presidential election was the first in over three decades in which the Republican National Committee was allowed to deploy poll watchers without court approval, because it had been subject to a federal consent decree since the New Jersey intimidation scandal aimed at Black voters in the early 1980s. Donald Trump loudly and publicly called for an “army” of poll watchers for Election Day 2020, a militarized call to action clearly meant to threaten and intimidate voters. We’ll never know how many people simply stayed away from the polls because of the threats emanating from the Trump campaign.

But it’s also important to recognize that in 2020, the Right didn’t wait until Election Day to send out poll watchers to intimidate voters. There was an overwhelming campaign of intimidation, suppression and misinformation — including robocalls and online efforts — aimed at voters of color for months ahead of the election. So while threats of poll watching in 2020 were real, they were also just one weapon in the arsenal.

What does it say about the GOP that after failing to overturn the 2020 presidential election results, it is trying to expand poll watching?

These very hard-right state legislators know that the broader the pool of voters, the more likely it is that they will lose because they don’t have a legislative agenda that the majority of people agree with.

It comes as no surprise that we see ALEC lurking behind these poll watching bills, just as it has been shown to be part of the cross-country push for voter suppression laws. Among the piles of toxic legislation that ALEC has produced are the lynching-friendly, so-called “Stand Your Ground” laws passed in the previous decade.

Could you comment on ALEC, a corporate lobbying group that crafts model bills with state lawmakers, getting involved in voter suppression work?

In order to advance their deregulatory agenda—which serves the interests of corporations—ALEC needs legislatures willing to pass it. The shaping of such a legislature requires voters who will vote to seat its members. When Black and brown people vote in high numbers—as they did in the Georgia Senate runoffs—the seating of a hard-right, deregulatory legislature becomes less likely. Black people know how deregulation has worked out for them: It has poisoned Black neighborhoods and shaken down Black people with shady financial products. It has yielded the infamous “Stand Your Ground” laws, which amount to a license to kill. The only way for ALEC to keep winning in these legislatures is to suppress the votes of those who would vote against their allied lawmakers.

(courtesy of People For the American Way)

Jealous has decades of experience as a leader, coalition builder, campaigner for social justice and seasoned nonprofit executive. In 2008, he was chosen as the youngest-ever president and CEO of the NAACP. During his tenure, he doubled the organization’s budget, grew its online activist base by hundreds of thousands and increased its number of donors eightfold, from 16,000 to 132,000. He also positioned the organization at the forefront of critical social justice issues such as the Trayvon Martin case, the fight against voter ID laws and major protests over the New York Police Department’s stop-and-frisk policies. He pushed for the organization to fight more aggressively for marriage equality, led efforts to register 374, 000 voters and mobilize 1.2 million new voters to the polls, and worked to pass key legislative accomplishments during President Obama’s first term, most notably the Affordable Care Act.

In 2013, the Baltimore Sun named Jealous Marylander of the Year for his work on marriage equality, abolishing the death penalty and passing the DREAM Act. Jealous was the 2018 Democratic nominee for governor of Maryland, and most recently served as a partner at Kapor Capital. He is a graduate of Columbia University and Oxford, where he was a Rhodes Scholar, and he has taught at Princeton and the University of Pennsylvania.