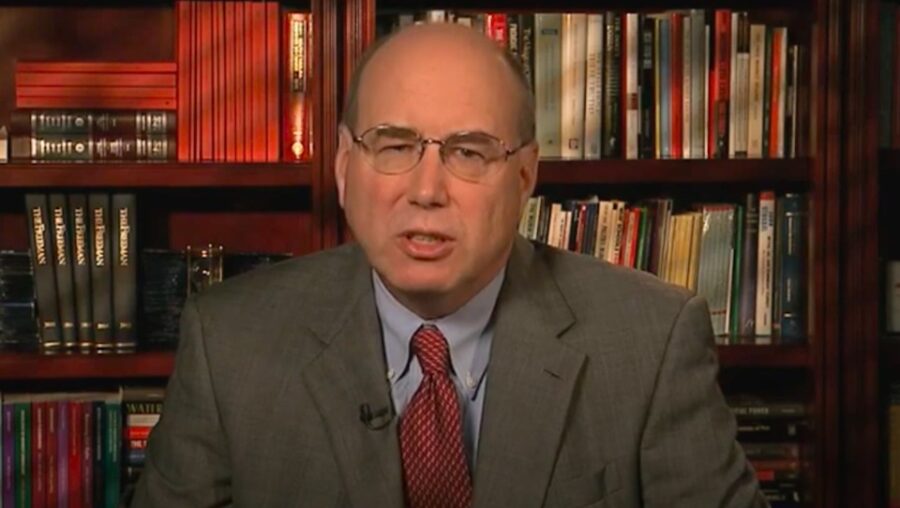 When Fair Lines America, a nonprofit created in 2010 to promote the GOP’s gerrymandering efforts, created the Fair Lines America Foundation at the end of 2018 to funnel tax-exempt funds into its operation, it chose Art Pope to be its president, Internal Revenue Service (IRS) tax filings show.

It was a savvy move. Pope, a millionaire businessman and active member of the Koch political network, played a major role in the Republican takeover of the North Carolina legislature in 2010 and the governor’s mansion in 2012, and he helped the GOP behind the scenes to draw district lines to lock in their power after the 2010 census.

Three groups backed by Pope, Americans for Prosperity (AFP), Civitas Action, and Real Jobs NC, along with Pope family members and his company spent $2.2 million in two dozen key state races in the November 2010 election, resulting in an 82% win rate, according to a Facing South report.

Smelling blood, Pope and his family again spent over $2 million in 2012 to elect Gov. Pat McCrory and secure supermajorities at the state legislature, thereby finalizing a complete takeover of North Carolina’s government.

Pope also successfully sued to overturn the 2001 district maps drawn by Democrats and worked with the late Republican map guru Thomas Hofeller to redraw districts in 2011 that were eventually ruled unconstitutional.

While Pope supports nonpartisan redistricting publicly, IRS filings obtained and examined by the Center for Media and Democracy (CMD) show that he has secretly weaponized his philanthropy to support Republican gerrymanders.

Pope Assumes Leadership Position on Board of GOP-Aligned Redistricting Group

A 2019 IRS filing from the Fair Lines America Foundation shows that Pope serves as the president and treasurer of its board of directors.

All three organizations were created by John Ryder, a Memphis attorney who chaired the Republican National Committee’s (RNC) 2010 redistricting committee, and use the same address in Alexandria, Virginia, with Adam Kincaid serving as the executive director of the Foundation and Fair Lines America and as a contact for Fair Lines Action.

Kincaid also serves as executive director for National Republican Redistricting Trust, “the GOP’s hub for coordinating a national redistricting strategy.” Following Hofeller’s death in 2018, Kincaid has taken over the reins as the party’s “chief authority on redistricting.”

Pope’s role, at least in part, appears to be to secure cash for the effort. His family foundation has given $200,000 to Fair Lines America Foundation, according to 2018 and 2019 IRS filings obtained and reviewed by CMD detail.

The Bradley Foundation, a major funder of right-wing infrastructure that Pope chairs, has added $450,000 (2019-2021), according to IRS filings and disclosures on its website.

The Koch political network’s preferred donor conduit, DonorsTrust, has funneled another $475,000 (2018-2019). Pope is a longtime member of the Koch’s network, attending strategy sessions as far back as 2010.

The sources of the funding for Fair Line America’s budget, $1.4 million in 2019, are currently unknown. Fair Lines America’s 2019 IRS filing obtained by CMD shows Lynn Westmoreland, a former Georgia congressman who was a leader of the national redistricting effort for Republicans last time around, as chairman of the board. Ironically, it was Westmoreland who said, “Redistricting is a bloodsport. There ain’t no ‘fair’ in that.”

Westmoreland, like Kincaid, has been coaching American Legislative Exchange Council state lawmakers on the gerrymandering process.

Computer files from Hofeller shared with CMD by his daughter Stephanie Hofeller reveal Pope’s role in securing money for Republicans’ 2010 gerrymandering operation, with some connections to his current effort with Fair Lines.

In an Aug. 20, 2010 email, Pope suggested that he helped fundraise for the RNC’s data and mapping work around redistricting after Hofeller shared a proposal from Magellan Data and Mapping Strategies. The company was contracted to do the work and was paid through the Wellspring Committee, a dark money vehicle run by Christian Right activist Ann Corkery.

“As I have indicated several times after the decision was made to go with Wellspring, I will still consider (not commit, promise or pledge) helping out with the overall redistricting project, as a volunteer, donor in my own right, bringing other donors back to the table a second time,” Pope writes. “Specifically I will consider doing all of the above to start and fund a new nonprofit (CDI) to provide both short and long term capacity for redistricting to assist RNC, Republican legislative caucuses for the enactment of legislation and for the inevitable litigation.”

The Wellspring Committee, founded in 2008, would go on to play an instrumental role as a donor conduit for a number of far-right efforts but is most known for contributing tens of millions to another Corkery-led tax-exempt organization, the Judicial Crisis Network. Recently registered with the IRS as The Concord Fund, the Judicial Crisis Network is part of Leonard Leo‘s network that advances a right-wing legal agenda and uses undisclosed dark money “issue ads” to influence state and federal judicial appointments and elections.

Wellspring’s IRS filings from 2010 to 2011 detail $1.4 million in payments to Magellan for “data analysis and mapping.” Republicans were apparently satisfied with Magellan’s work because Fair Lines America’s 2019 IRS filing shows a Magellan contract for “technical consulting” for $110,000.

CMD reached out to Magellan for comment but received no response.

Wellspring’s donors that paid for the last GOP gerrymander operation remain unknown, and correspondence shows Hofeller may not have known either. In an Aug. 24, 2010 email to Pope, Hofeller wrote,

I am as much in the dark as you are about how Wellspring intends to finance the remainder of this project, or any on-going data work to collect and process the elections of 2010-2020. The primary reason I encouraged Magellan to come up with a cash flow projection was to make sure that Wellspring understood that there would be little, if any, benefit to the GOP redistricting process if the project is not started immediately, and at a sufficient level of operation, to ensure completion of redistricting-ready and court-ready products on a timely basis.

Hofeller continues by praising Pope’s role in the effort: “Art – thanks again for your comments and your willingness to keep considering this work. It is so very important to the long-range success of the GOP and conservative politics at the state, congressional and legislative level.”

In addition to documenting Pope’s leading role in raising funds for the GOP redistricting effort, the Hofeller files show that the Koch political network was heavily involved.

Pope, a regular at Koch donor network meetings and a former longtime board member of the Kochs’ AFP and Americans for Prosperity Foundation, is “one of the most trusted members of the Koch’s elite circle.”

At a 2011 Koch donor summit, Charles Koch reportedly acknowledged Pope for contributions of more than $1 million over the previous twelve months to network causes.

While Pope was a director at AFP, Magellan Strategies CEO David Flaherty served as the group’s Director of Campaign Operations and Technology, “managing issue campaigns in Kansas, North Carolina, and Texas as well as managing the AFP membership and activist database.”

An email chain from February 2011 between Pope, Flaherty, and Sean Noble, who at the time was the Kochs’ “Dark Money Man,” details strong Koch network involvement. Flaherty sent a “memorandum summarizing redistricting data needs that could use additional funding” to Noble, who forwarded it to Pope.

Pope expressed frustration with the lack of detail in the proposal to Noble, saying that “redistricting is a high priority for me, has been for decades. But I am not going to throw money into a black hole.”

Pope then forwarded his response to Hofeller’s business partner Dale Oldham, writing, “The (c)(4) that Matt Schlapp is working on has not filed its IRS application yet, and may not be ready any sooner than the trust entity.” Schlapp had just finished a stint lobbying for Koch Companies Public Sector after being employed as the director of federal affairs for Koch Industries between 2005 and 2009.

It’s unclear if Schlapp ever set up the 501(c)(4) tax-exempt organization.