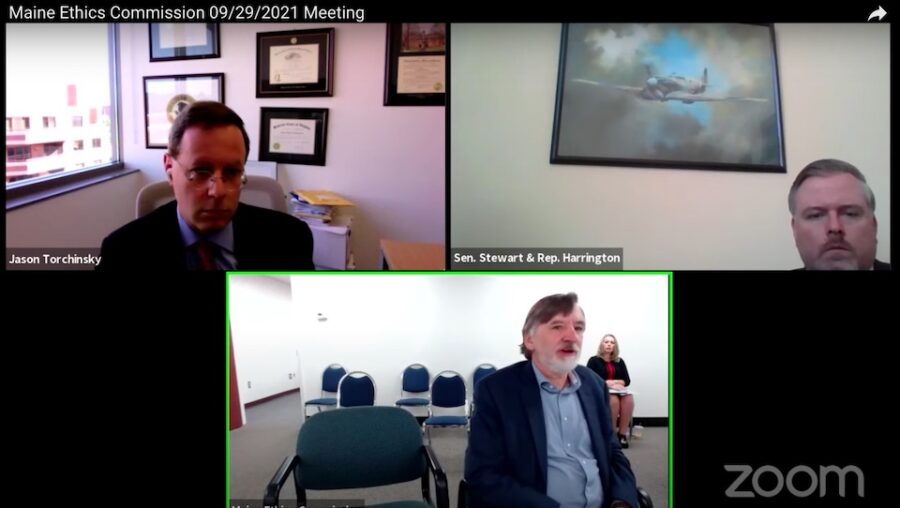 MADISON, WI – After a lengthy hearing in Augusta this morning, the Maine Ethics Commission voted to authorize an investigation into whether the American Legislative Exchange Council (ALEC) violated state campaign finance laws by providing valuable voter management software to its legislative members for free as a “membership benefit.”

The Center for Media and Democracy (CMD) filed a complaint with the Commission in July alleging that ALEC’s provision of sophisticated campaign software worth an estimated $3,000, developed by Republican operatives and linked to the Republican National Committee’s voter database, constituted an improper and unreported in-kind campaign contribution.

CMD’s complaint also named ALEC’s state chairs, Sen. Trey Stewart and Rep. Matthew Harrington, but the Commission dismissed the complaint with respect to both legislators after hearing testimony that neither used the software, dubbed ALEC CARE.

An ALEC affidavit makes clear that its staff has ready access to ALEC CARE login and usage data, but the group declined to reveal who else in Maine has been given the software.

ALEC, a pay-to-play corporate front group where legislators and corporate lobbyists vote on “model” legislation to be introduced in statehouses across the country, markets the software as a “constituent communications” tool and its lawyer relied heavily on the group’s disclaimer that legislators won’t use it for campaign purposes.

“ALEC CARE is the exact same thing as VoterGravity, which is sold for political campaigns by a right-wing for-profit company,” CMD Executive Director Arn Pearson said. “You can give someone a loaded gun and tell them they can only use it as a paperweight, but you’ve still given them a loaded gun,” Pearson testified.

ALEC, which has raised at least $1.7 million for its CARE program since 2017, has called it a “game changer” and instructs its state chairs to use it as a way to recruit new members.

All articles by ExposedByCMD Admin