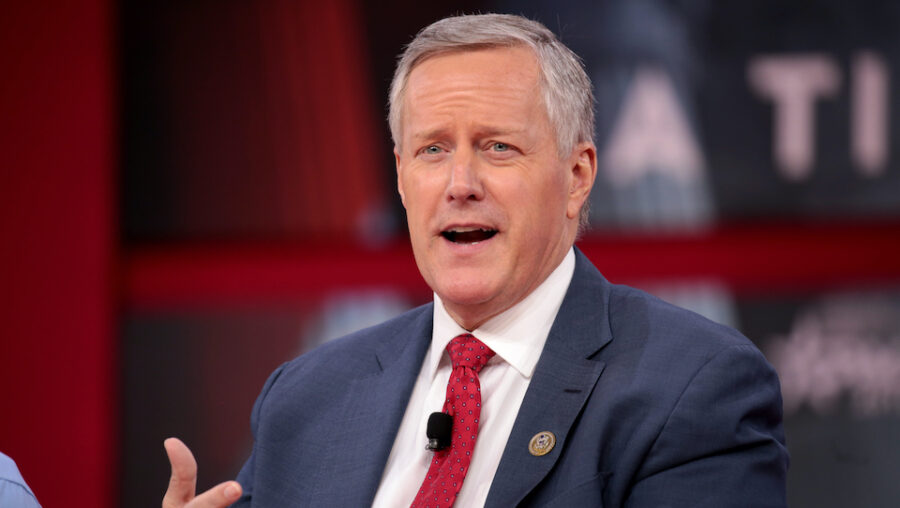 On the heels of last night’s unanimous vote by the House Jan. 6 Committee recommending that he be held in criminal contempt of Congress, Trump’s former chief of staff Mark Meadows has headed to Atlanta, Georgia to headline tonight’s “inaugural gala” for a new State Freedom Caucus Network.

The Conservative Partnership Institute (CPI), of which Meadows is a senior partner, is hosting the gala to launch the “the first-ever organization working to build, train, and equip state freedom caucuses across the nation,” in order “to mirror the success of the House Freedom Caucus.”

The House Freedom Caucus is made up of 44 of the chamber’s most extreme right-wing representatives. Except for Rep. Ken Buck (CO-R) and Rep. Chip Roy (TX-R), all of the Freedom Caucus members voted to overturn the election of Joe Biden on Jan. 6, even after the violent mob overtook the Capitol and many of them had to seek shelter in an undisclosed location.

It comes as no surprise then that the two leading members of the new Georgia Freedom Caucus include state Sen. Burt Jones, who was stripped of his committee chairmanship for helping Trump try to overturn Georgia’s 2020 election results, and Rep. Philip Singleton, who filed a lawsuit last month to ban Dominion voting machines in Georgia.

Like Meadows, Biggs played a key role in planning the Jan. 6 event, according to #StoptheSteal founder Ali Alexander.

Roth also serves as executive director for the Club for Growth Foundation.

CPI’s top known contributor is the family foundation of the right-wing megadonor Richard Uihlein. Between 2018 and 2020, the Uihlein Foundation donated $2.25 million to CPI.

CPI says the network will “provide each state freedom caucus with the tools and resources they need to mirror the success of the House Freedom Caucus” and “effectively fight back against the establishment in their state.”

A WinRed fundraiser for the State Freedom Caucus Foundation states that it “is a project of the Conservative Partnership Institute.”

Meadows is not the only insurrectionist on staff at CPI. Cleta Mitchell is a senior legal fellow and chairs CPI’s Election Integrity Network.

Mitchell is the Trump legal advisor who lost her job at Foley & Lardner following news that she participated in a January call in which Trump asked Georgia election officials to “find” enough votes to make him the winner of the state’s electoral votes.

“On Dec. 30, Cleta Mitchell wrote to White House Chief of Staff Mark Meadows and offered to send some 1,800 pages of documents purporting to support claims of election fraud,” The Washington Post Magazine reported.

Since assuming her role at CPI, Mitchell has spoken on elections at the American Legislative Exchange Council (ALEC)’s two and a half day voter suppression academy, held with the dark money group Honest Elections Project, and in a three hour session at the ALEC States and Nation Summit earlier this month.