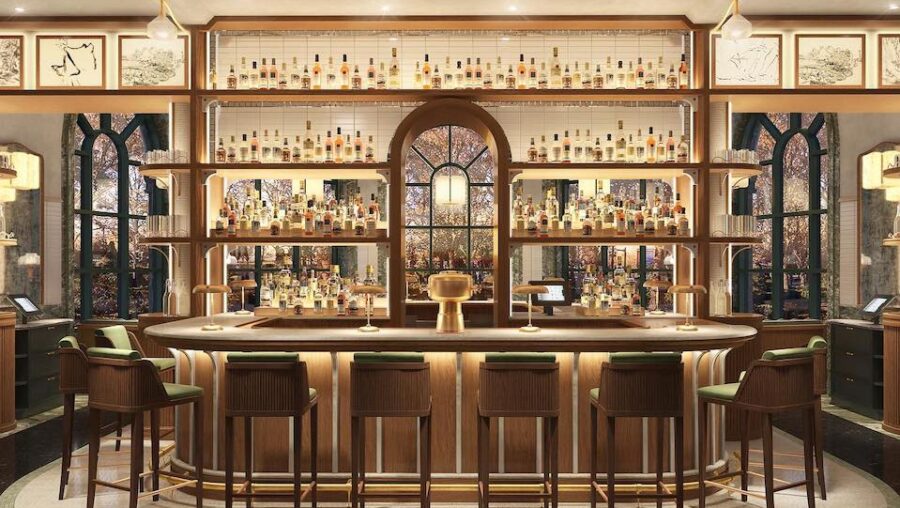 An “Academy” for state lawmakers on voter suppression strategies run by the American Legislative Exchange Council (ALEC) in July featured a veritable who’s who of the right-wing leaders behind this year’s disinformation campaign about voter fraud and assaults on voting rights across the country, documents obtained by the Center for Media and Democracy (CMD) show.

While the July 26-28 session was ostensibly led by the dark money group Honest Elections Project, it was organized, hosted, and bankrolled by ALEC, despite repeated claims by its CEO, Lisa Nelson, that the group does not work on voting issues.

Nelson provided the formal welcome at the conference’s opening session, ALEC staff organized turnout, and ALEC provided two nights of accommodations at the five-star Grand America Hotel, five meals, and a $450 travel reimbursement for attendees. ALEC’s annual meeting was held at the same hotel immediately after the Academy.

An invite published by CMD in July stated that “13 legislators from across the country” would be in attendance, but the materials acquired by CMD do not include an attendance list.

Rather than email materials to ALEC lawmakers that may be subject to open records laws, ALEC distributed hard copies of the agenda at registration along with a “zip drive containing a resources document and a one-pager on your state’s election policies,” according to an email from Sarah Wall, ALEC’s manager of legislative outreach and coalitions, obtained by CMD. Wall’s email also lists Michael Bowman, president of ALEC Action, as a key contact for the event.

Nelson tipped her hand about ALEC’s voter suppression subterfuge in May at a meeting of the far-right Council for National Policy. Video of the event obtained by CMD shows Nelson speaking frankly about ALEC’s work on voting and revealing its plans to outsource model policy on the controversial topic to avert the spotlight. “We don’t have model policy. We will be developing that at the Honest Elections Project [Academy], through them,” Nelson said.

Honest Elections Project, the group ALEC chose to carry the ball on its voting agenda, is a dark money operation formed in February 2020 to push for voting restrictions and spread baseless and dangerous claims about election fraud, laying the groundwork for Trump’s attempt to overturn the election. It is a project of The 85 Fund, the new legal name for the Judicial Education Project, a group linked to Leonard Leo that played a central role in Trump’s effort to pack the federal judiciary with right-wing judges.

Speakers at the Academy featured many of the key strategists and leaders on the Right spreading misinformation around voter fraud, promoting Trump’s lies around the 2020 election, and pushing sweeping new voting restrictions.

Indiana Attorney General Todd Rokita gave the keynote address. A proponent of Trump’s Big Lie that the election was stolen, Rokita recently testified in front of the U.S. Senate against strengthening the federal Voting Rights Act.

Rokita was one of only four state attorneys general to not sign a National Association of Attorneys General letter condemning the Jan. 6 violent insurrection at the U.S. Capitol, and is a member of the Republican Attorneys General Association (RAGA). RAGA was a member of the “March to Save America” coalition that organized the Jan. 6 rally, and its policy arm, Rule of Law Defense Fund, sent out robocalls urging supporters to “march to the Capitol building and call on Congress to stop the steal.”

Most of the Academy sessions focused on legislation, giving legislators a chance to discuss bills to restrict voting that have already been introduced and passed in their states this year and hear from Republican-aligned leaders about what more they think needs to be done.

By the time ALEC held its voter suppression Academy in July, 18 states had already passed 30 laws this year making it harder to vote, according to the Brennan Center for Justice.

The Honest Elections Project’s Executive Director Jason Snead, who worked with ALEC to organize the event, laid out “priorities for election integrity across the states” and polling results in a breakfast session and appeared on another panel on how to “shore up” legislative control over election processes with Jason Torchinsky and Lee Goodman.

Republican legislators have already introduced and passed bills in 2021 “interfering with nonpartisan local election administration and consolidating power to administer and determine elections results themselves,” the Voting Rights Lab reported.

Snead is a former senior policy analyst with the Heritage Foundation where he developed its Election Fraud Database, which the Brennan Center for Justice says “grossly exaggerated” the extent of voter fraud.

Torchinsky is general counsel for the National Republican Redistricting Trust and has been defending ALEC against CMD’s state complaints alleging that ALEC illegally gave sophisticated voter management campaign software linked to the Republican National Committee to its legislative members.

Goodman is an elections attorney and a former Republican chairman and commissioner of the Federal Election Commission (FEC) between 2013 and 2018.

Blackwell also moderated a panel at the Academy with state legislators “discussing election challenges they’ve faced in their own states.”

Mitchell is a Big Lie fueler and Trump legal advisor who lost her job at Foley & Lardner following news that she participated in a January call in which Trump asked Georgia election officials to “find” enough votes to make him the winner of the state’s electoral votes.

“On Dec. 30, Cleta Mitchell wrote to White House Chief of Staff Mark Meadows and offered to send some 1,800 pages of documents purporting to support claims of election fraud,” The Washington Post Magazine reported. Meadows is now a colleague of Mitchell’s at the Conservative Partnership Institute.

Three Republican secretaries of state, Tennessee’s Tre Hargett, Kentucky’s Michael Adams, and West Virginia’s Mac Warner, spoke on a panel about “what policies the states need to employ to make it easier to vote and harder to cheat.”

“Easier to vote and harder to cheat” has been a favored talking point of Republicans in recent years.

The RSSC holds monthly calls that Commissioner Palmer often attends. Secretary Warner and Palmer also participated in an “off-the-record” Election University session on June 21 as part of the U.S. House GOP’s “Faith in Elections Project,” as first reported by CMD.

Thielen is the executive director of the Republican National Lawyers Association and served on the national board of Lawyers for Trump in 2020. Barnes was involved in legal challenges to changes in voting procedures in North Carolina and Pennsylvania last fall.

Goodman and Utah’s former Solicitor General Tyler Green led the second panel on “operationalizing litigation challenges.” Noted in the description of the panel are “ways to challenge the scope of litigation attacks on new election integrity legislation (defense) as well as advance the ball on election integrity (offense).”

As of Oct. 3, “at least 43 voting cases have been filed in 12 states, and Georgia and Texas lead the way with ten new lawsuits each in 2021,” the Brennan Center reports.

Training Sessions on “the Left”

Two trainings focused on “the Left” filled out the remaining agenda at the ALEC Academy. Hans von Spakovsky, senior legal fellow and manager of the Heritage Foundation’s “Election Reform Initiative,” and Ken Cuccinelli, former Trump staffer and chairman of the Election Transparency Initiative, led a session focused on “the Left’s attack on our election system” through “state-level attacks on election integrity legislation” and HR 1, the sweeping voting rights and campaign reform bill pending in Congress.

Spakovsky, who was appointed by Trump to his ill-fated Presidential Advisory Committee on Election Integrity, has been a major mouthpiece of the voter fraud myth from the Right for well over a decade.

President of the Capital Research Center Scott Walter gave the keynote for a “Mapping the Left Lunch.” Walter and CRC received funding from the Bradley Foundation to develop  an “Online Encyclopedia of the Left,” inspired by CMD’s SourceWatch, called “Influence Watch.” The site was “constructed in partnership with Berman and Company,” run by PR spin doctor Richard Berman, and in collaboration with ALEC.