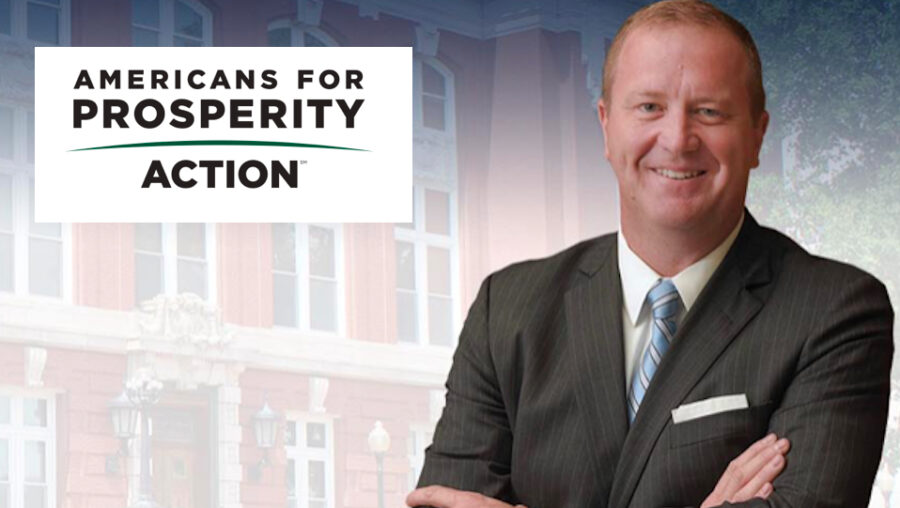 Americans for Prosperity Action has spent $300,000 already for door-to-door canvassing to support Missouri Attorney General Eric Schmitt’s U.S. Senate bid, its biggest expenditure yet for the 2022 elections, according to recent filings with the Federal Election Commission.

Schmitt is running against former Gov. Eric Greitens, who resigned from office due to accusations of sexual misconduct and campaign finance violations, in a crowded GOP primary to fill the Senate seat soon to be vacated by retiring Sen. Roy Blunt.

AFP Action, the electoral arm of fossil fuel billionaire Charles Koch’s advocacy operation Americans for Prosperity, seldom even endorses candidates in federal primaries. Yet it made the unusual expenditure for the services of Canvass America well in advance of the Aug. 2, 2022 primary.

The Center for Media and Democracy (CMD) recently reported on the Missouri Senate race, which is headed for a Koch vs. Trump contest if the former president backs Greiten, who is actively courting his endorsement and base.

CMD could find no other political organization canvassing door-to-door eight months in advance of a federal race. This indicates the importance of a few key Senate races in determining control of that chamber, as well as Koch’s interest in being an early kingmaker.

AFP Action spent nearly $48 million on the 2020 federal elections, the majority of which boosted Republican Senate candidates through a combination of digital advertising, direct mail, and canvassing in 11 states. Its top two donors last cycle were Koch Industries, which gave $8 million, and the Koch-related Freedom Partners Action Fund, which contributed $6.5 million.

Canvass America was founded in 2019 by Chris Hansen, who ran the National Republican Senatorial Committee in 2018. It received more than $1.2 million from the Colorado Republican Committee in 2020 to defend the seat of Sen. Cory Gardner (R), who lost to former governor John Hickenlooper (D).

Canvass America claims that it only hires canvassers from the state of each race it targets. “We do believe in recruiting locally and building a massive canvassing operation using only local canvassers,” it states on its website. “The best messengers for any campaign are local residents who believe in the cause we are pursuing and whose lives will be affected [by] the outcome of the election.”

Employees go door-to-door with a survey that ranks the importance of issues to voters and their positions on those issues. Having “ID’d” the voter, Canvass America builds a file of those who seem likely to support the positions of their client candidate. The organization then follows up by sending those voters mailings on issues of concern to them and making sure they turn out on election day.

Canvass America is also recruiting in North Carolina and Pennsylvania, where the GOP aims to win more open Senate seats in 2022.