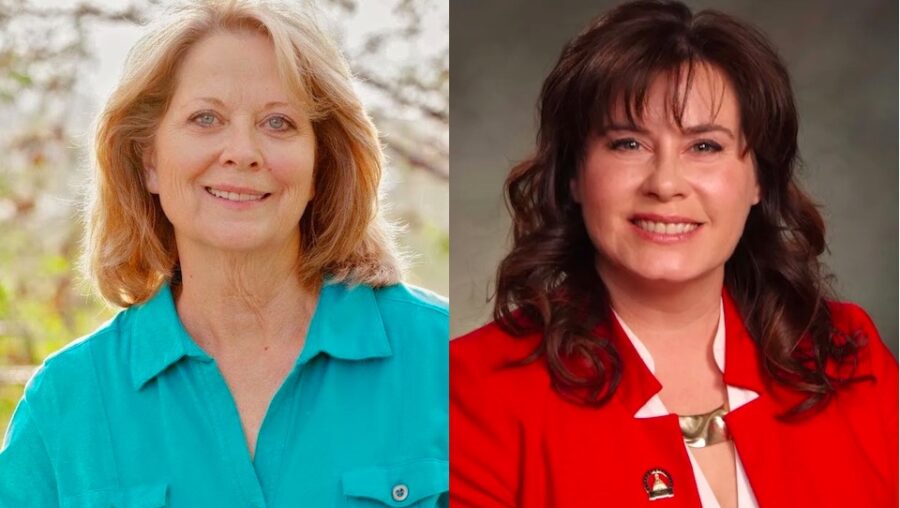 One of the most highly contested 2022 U.S. Congressional races is in Colorado’s new 8th congressional district, which runs from north of Denver to Greeley and includes four counties made up of small cities, towns, and rural areas. The crowded race includes two candidates with strong ties to the Koch network opposing each other.

A GOP primary set for June 28 pits six candidates against each other so far, including State Sen. Barbara Kirkmeyer, endorsed by Americans for Prosperity Action (AFP Action), and former State Rep. Lori Saine, a former board member and Colorado state chair of the American Legislative Exchange Council (ALEC).

Both organizations are closely tied to billionaire GOP megadonor Charles Koch. AFP Action is the political action committee of Koch’s astroturf operation Americans for Prosperity, and ALEC receives cash from Koch funding vehicles and his corporation, Koch Industries. In addition, Koch Companies Public Sector has held a seat on ALEC’s private board of directors for years.

“The race to represent the 8th will likely draw national attention and millions of dollars as Democrats try to defend their slim majority in Congress and Republicans gear up for a big push to take back power,” predicts The Colorado Sun.

While Saine and Kirkmeyer are the leading GOP primary candidates, more may join the race before the filing deadline on March 15. Kirkmeyer is a former commissioner of Weld County, the GOP stronghold in the district, while Saine was an ALEC leader when she was a state representative, but was term-limited out last year and is now a Weld County commissioner. She also remains active as a leader of ALEC’s local government task force, the American City County Exchange (ACCE).

In announcing its endorsement of Kirkmeyer, AFP Action applauded her fiscal conservatism, opposition to the Affordable Care Act, and support for charter schools. It promised to use “a variety of highly targeted tactics, including grassroots engagement, digital advertisements, and direct mail to support her campaign.”

This is standard practice for AFP Action, which undertakes independent expenditure campaigns and spent nearly $48 million in the 2020 federal elections, primarily to boost Republican Senate candidates through a combination of digital advertising, direct mail, and canvassing in 11 states.

In 2020 AFP Action’s top two donors were Koch Industries, which gave $8 million, and the Koch-tied Freedom Partners Action Fund (now the Stand Together Chamber of Commerce), which contributed $6.5 million.

ALEC, the corporate bill mill that Saine led at the state level through 2020, is a pay-to-play operation that churns out model legislation to limit workers’ rights, make healthcare less affordable, lower environmental standards, and support charter schools over investments in public schools. Charles Koch’s personal foundation contributed $1.9 million and his Institute chipped in $670,000 to ALEC between 2016 and 2020.

While both Kirkmeyer and Saine have ties to Charles Koch, they differ in their stance about accepting the outcome of the 2020 presidential election. “I believe that it was a legitimate election,” Kirkmeyer told The Colorado Sun. AFP Action’s early endorsement of her may be a sign that Charles Koch and his network favor right-wing candidates who can also attract independent voters and pose a serious challenge to a Democrat in the general election.

Almost half of the voters in Colorado’s 8th congressional district are registered as unaffiliated (44%) with either party, and two-thirds of independents in national polls believe that President Biden was legitimately elected.

Saine, on the other hand, convened a Colorado legislative hearing in December 2020 to determine whether there had been fraud in the presidential election.

That hearing went nowhere. “Instead of raising any legitimate concerns about Colorado elections, fellow Republicans…helped Democrats shut down baseless speculation about the reforms passed in 2013 that have given our state one of the consistently highest rates of voter participation,” noted ColoradoPols.com,

In 2017 the Center for Media and Democracy (CMD) reported on Saine’s attempt to carry a gun onto a plane on her way to an ALEC Policy Summit. Nonetheless, ALEC gave Saine its Public Sector State Chair of the Year award. Three Democratic candidates will compete in the June 28 primary for the 8th congressional district, but, as with the GOP primary, more may join before the filing deadline. The two leading candidates are pediatrician and State Rep. Yadira Caraveo, who is a Mexican-American in a district that is 39% Hispanic, and Chaz Tedesco, a former Steelworker union leader and current Adams County commissioner.