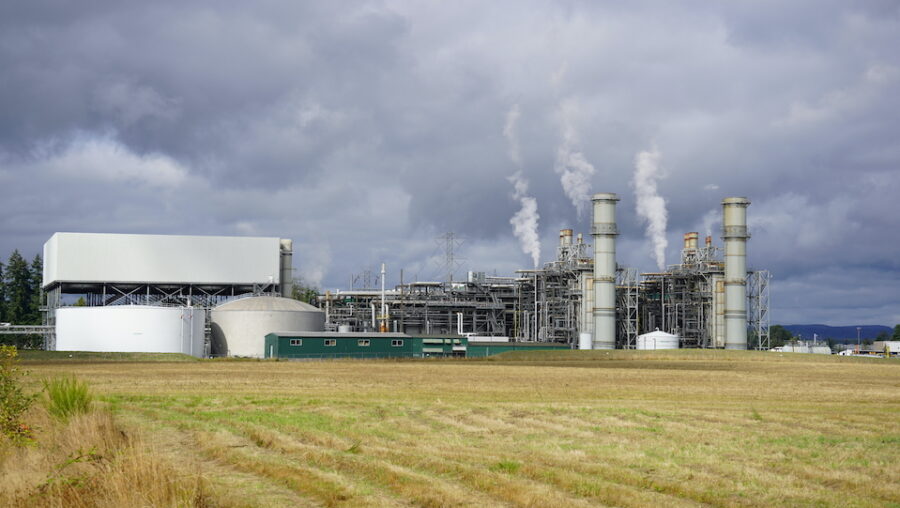 Last year was the earth’s fifth hottest year on record, European scientists reported, and the world racked up $329 billion in economic losses due to climate change-caused disasters.

But that hasn’t stopped lawmakers in Indiana, Louisiana, Oklahoma, and West Virginia from introducing bills this year that would punish financial companies that stop investing in oil, gas, and coal by barring them from receiving state government contracts or managing state funds.

The bills introduced in the four states are based on and share language with the American Legislative Exchange Council (ALEC) model policy, the Energy Discrimination Elimination Act, as part of what The New Republic’s Kate Aronoff coined as Republicans’ new war on “critical energy theory.”

The bill was based on language from “anti-BDS legislation supported by ALEC” targeting the movement to boycott, divest, and sanction Israel over its oppression of Palestinians, and pitched by the Texas Public Policy Foundation’s (TPPF) Jason Isaac as a way for states to “fight back against woke capitalism,” according to an email first obtained by the Center for Media and Democracy (CMD).

The email was sent the morning of Dec. 3, the day ALEC’s Energy, Environment, and Agricultural (EEA) Task Force met as part of ALEC’s States and Nation Policy Summit and adopted the model policy by unanimous vote, CMD reported. The measure was introduced at an ALEC EEA Task Force subcommittee meeting by Michigan Rep. Phil Green (R) on Nov. 19.

The pro-fossil fuel bill is already law in Texas, where TPPF celebrated its passage and the state is already compiling a list of companies that refuse to do business with the fossil fuel industry. Six out of the seven bill authors of the Texas law are ALEC politicians.

All four of the states that have seen a version of the ALEC model have sponsors with ties to ALEC.

Indiana’s HB 1224, introduced on Jan. 6, has three authors, including Rep. Bob Heaton, who is a documented member of ALEC. In the bill’s first hearing, Brian Cantrell, the senior vice president and chief financial officer for Alliance Resource Partners testified in favor of the bill.

Louisiana’s HB 25 was introduced by ALEC-tied Rep. Danny McCormick on Jan. 26 and has yet to see a hearing.

Sen. Michael Bergstrom, who has attended ALEC meetings, introduced Oklahoma’s SB 1572 on Jan. 20, and it is also awaiting a hearing.

West Virginia lawmakers introduced two bills along these lines, SB 255 and SB 262, on Jan. 13. ALEC member Sen. Mark Maynard, a sponsor of both bills, attended the December EEA Task Force meeting, in which he voted in favor of the ALEC model.

SB 255 sits in committee, while SB 262 passed out of the Senate and is awaiting a hearing in the House.

When SB 262 was discussed in the Senate Finance Committee on Jan. 20, Sen. Stephen Baldwin (D) asked West Virginia State Treasurer Riley Moore (R), “The reporting I’ve read is that this is ALEC model legislation, is that fair?” Moore denied that it was, saying it was something put together “months and months ago,” and suggested that “maybe they [ALEC] are copying off us.”

Interestingly Moore was also introduced as the author of the legislation. In late November, 15 Republican state treasurers sent a letter on Moore’s letterhead to U.S. banks announcing that they will begin “collective action” against companies that boycott fossil fuels, CMD reported.

The officials wrote that they aim to “select financial institutions that support a free market and are not engaged in harmful fossil fuel industry boycotts for our states’ financial services contracts.”

Moore’s testimony contradicted testimony on Jan. 18 in front of the Senate Energy, Industry, and Mining Committee by Mike Nasi, an attorney with Life:Powered, a TPPF initiative designed “to inform the national discussion about energy resources and advocate for energy policies that promote economic freedom and advance the human condition.”

Nasi testified that he was “heavily involved as an attorney in the drafting process” of the Texas bill and with a “model bill…in conjunction with several different states.” Nasi also mentioned that he is working with the West Virginia Coal Association (WVCA) to move the model in West Virginia.

Chris Hamilton, WVCA’s president, was so giddy about the Republican state treasurer’s letter in November that he forwarded the press release to Lawrence G. Keane, senior VP of government & public affairs for the National Shooting Sports Foundation (NSSF), an email chain obtained by CMD shows.

NSSF actively supports similar legislation to punish banks that refuse to invest in the firearms and ammunition industry, which they also spin as discrimination.