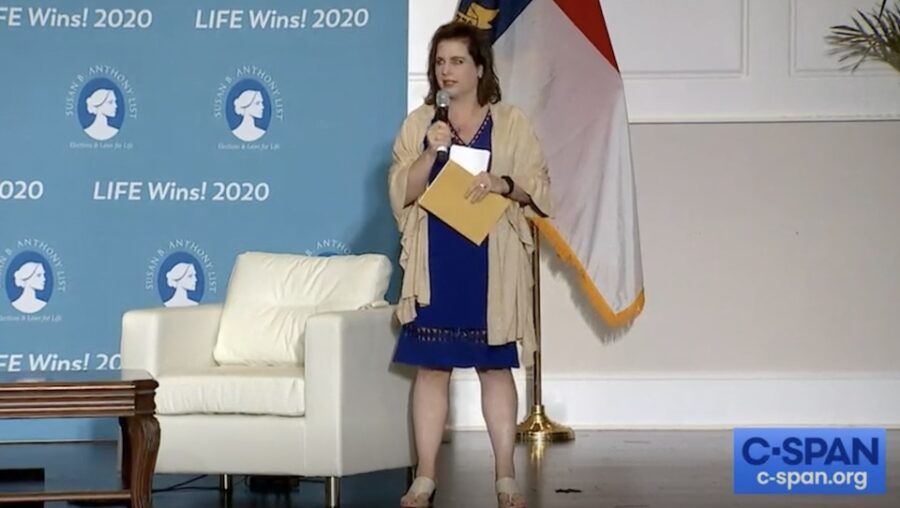 The American Legislative Exchange Council (ALEC) has taken a clear position in favor of the Supreme Court’s decision to overturn Roe v. Wade, and has teamed up with the political arm of the extremist anti-abortion movement to coach its legislative members on how to campaign on the issue.

According to ALEC, state legislators should tell women what they can and cannot do concerning their reproductive health.

“The Court has properly empowered the duly elected members of each state’s legislature with the authority to decide what is best for the citizens of their state,” ALEC CEO Lisa Nelson announced in a press release and tweet after the Court’s June 24 ruling in Dobbs v. Jackson Women’s Health Organization that removed 50 years of precedent confirming women’s constitutional right to abortion in the U.S.

“Returning the debate to the states means that we have a greater role not just protecting life but in providing for it,” wrote Karen Fann, 2022 ALEC’s national chair and Arizona Senate President, in a June 1 Boston Herald column in response to a leaked draft of the Court’s decision. “The leaked draft…gives hope to those who believe in the humanity of every person, including those yet to be born,” Fann said.

Both statements fell in line with the messaging training provided to ALEC in March by an extremist group that pursues a complete national ban on abortion–with no exceptions–and has worked for decades to remove women’s right to bodily autonomy through the overturning of Roe v. Wade.

Former Wisconsin Gov. Scott Walker (R) joined Susan B. Anthony Pro-Life America (SBA), formerly known as Susan B. Anthony List, to train ALEC’s state leadership on how to talk about banning abortion in the upcoming elections,  according to materials reviewed by the Center for Media and Democracy (CMD). ALEC is registered as a 501(c)(3) charity that is prohibited from engaging in political activity.

An invitation for the Zoom meeting last March obtained by CMD went out to many ALEC legislative leaders, as well as lobbyists from Blue Cross and Blue Shield, Duke Energy, UPS, and Charles Koch’s astroturf operation Americans for Prosperity.

ALEC will also host SBA at its July annual meeting in Atlanta to discuss the impact of the Dobbs decision and next steps. ALEC regularly shares its attendees list with SBA’s National Pro-Life Women’s Caucus so that ALEC lawmakers are invited to anti-abortion events at its conference hotels.

ALEC is a pay-to-play operation where state legislators and corporate lobbyists meet behind closed doors to write model legislation that pushes a radical right-wing, pro-corporate, and pro-Republican agenda on everything from voter suppression and denying climate change to crushing unions and undermining public education.

While ALEC claims to be dedicated to “principles of limited government, free markets and federalism,” it has fully embraced the conservative Christian movement in recent years to promote government regulation of women’s reproductive health, limits on LGBTQ rights, and anti-trans legislation. ALEC is an active participant in the Council for National Policy, has provided access to its legislative members to Christian Right groups like the National Association of Christian Lawmakers, Alliance Defending Freedom, and the Family Research Council, and hosted a Pro-Life Legislative Summit at its national conference in San Diego last December.

ALEC also chose not to condemn the Christian Right domestic terrorist Rep. Matt Shea (R-WA), its Washington State Chair, who was found to have planned and participated in domestic terrorism against the United States in hopes of starting a holy war.

Walker and SBA provided ALEC’s legislative leaders with tips on how to talk about what they expected would be an unpopular Dobbs decision to overturn Roe, complete with a messaging guide and a video of a mock interview.

The suggested spin follows much of what SBA introduced to the Council for National Policy (CNP) at its February meeting, which CMD first covered shortly after. Right-wing activists are concerned that the Supreme Court’s decision in Dobbs will negatively impact Republicans in this year’s midterm elections.

“The worst possible outcome for the pro-life movement—and I believe for the party itself— would be [for] Republicans to mishandle the abortion issue,” said Frank Cannon, founding president of the American Principles Project and a longtime political strategist for SBA. “If…we are failed by the Republican Party, and by ourselves not working hard enough to win in [November], we’ll squander the miracle that got us here.”

To ensure that Republicans do win big in the midterms, SBA’s political network plans to spend $78 million to get anti-abortion candidates elected and announced a $2 million ad buy in swing states the day before the Supreme Court’s Dobbs ruling, The Hill reported. The group is targeting at least 8 million voters in battleground states and has plans to knock on the doors of 4.5 million of them, Cannon revealed at the CNP meeting.

At the ALEC meeting in March, SBA promoted four key messages. First, “focus on the humanity” of the fetus at 15 weeks, presenters urged, emphasizing disputed medical claims that a fetus can feel pain at 15 weeks.

The second message SBA gave ALEC leaders is to “emphasize that the likely outcome in Dobbs will be to allow the American people to debate this issue through their elected representatives—NOT a complete nationwide ban on abortion.” The language mirrors that used in the ruling itself and is crafted to sound reasonable and reassuring, while obscuring SBA’s own goal of winning a nationwide ban on abortions with no exceptions.

Nelson followed this advice literally in crafting her initial tweet following the Dobbs decision. This also reflects the first bit of spin on the SCOTUS decision presented in SBA’s mock interview.

The third message SBA urged ALEC leaders (all of whom are Republicans) to use is to “hammer Democrats for their extremist position in favor of abortion on demand.” A January 2022 Knights of Columbus/Marist poll cited by SBA found that “71% of Americans support legal limits on abortion.” Given that other polling SBA presented at the February CNP meeting shows that only 34% of respondents opposed Roe, the group’s strategy relies on shifting public attention away from the balanced approach of Roe and characterizing women’s rights advocates as extremists.

Finally, SBA encouraged ALEC leaders to emphasize that anti-abortion extremists care about mothers as well as unborn children. This may be a challenge for ALEC legislators who have long opposed paid sick leave, paid family leave, and universal pre-K, and likely support new laws or the reinstatement of old laws stayed by Roe that would impose jail time on women who violate state abortion bans in states like Arizona, Louisiana, and South Carolina.

Both the messaging guide and video also address how to respond to other “tough questions.” These include questions such as: Who should be punished under the law? Why are you advocating for laws that harm poor people and people of color? Why do you think it’s OK to impose your religious beliefs on everyone else?

Marjorie Dannenfelser, president of SBA, informed call participants that state-based groups are shifting focus to “voter education” at the local level in order to elect anti-abortion politicians at all levels of government who will pass and defend laws that severely restrict or ban abortion.

SBA State Policy Director Sue Swayze Liebel shared a piece outlining “State Prospects for Pro-Life Laws Post-Roe,” which lists 22 states where SBA and its allies now intend to go on the “defense” to ensure that the federal anti-abortion ruling is enforced locally. “These states have pro-life trigger laws, pre-Roe abortion bans, or other full or nearly full abortion bans not currently in effect,” the brief notes.

SBA lists Florida, Indiana, Kansas, Montana, Nebraska, North Carolina, Pennsylvania, and Virginia as states where the group needs to go on the “offense” and push for “legislative and messaging campaigns…to enact pro-life protections for all unborn children.”

SBA also lists 21 other states as problematic since they have already enacted statewide legislation to protect the right to abortion.

In addition, Liebel noted  that SBA has “a network of state legislators” and is available to assist lawmakers in planning “the various scenarios that can play out in the states.”

The American Medical Association (AMA) has raised serious concerns about “the growing threat of over-policing and surveillance of reproductive health services” in the U.S. “A growing number of current and pending laws insert government into the patient-physician relationship by dictating limits or bans on reproductive health services and criminally punish or penalize patients for their health decisions,” said incoming president Jack Resneck, Jr.

In the wake of the Dobbs decision, which it strongly opposed—as evidenced by an amicus brief filed with the Supreme Court last fall—the AMA has adopted a new policy “recognizing that it is a violation of human rights when government intrudes into medicine and impedes access to safe, evidence-based reproductive health services, including abortion and contraception.”