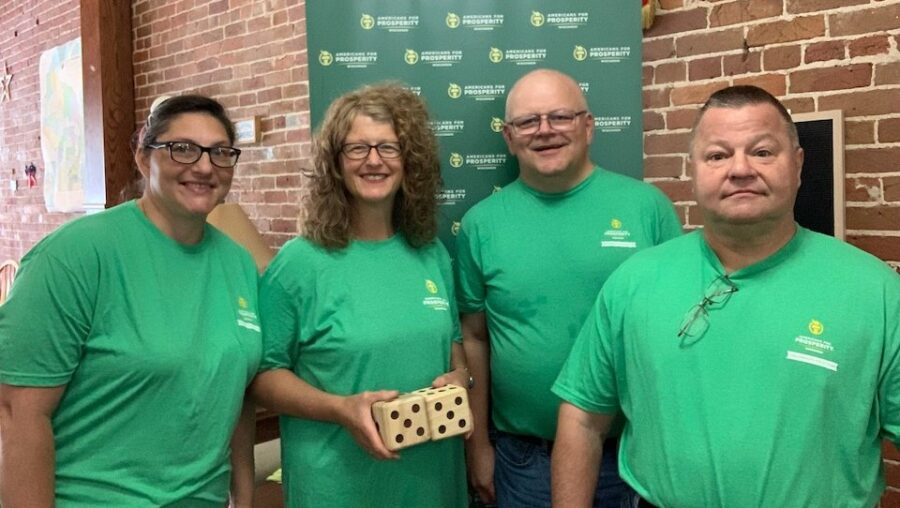 As outside groups spend millions of dollars on TV ads in the Wisconsin U.S. Senate race of incumbent Ron Johnson (R) against challenger Lt. Governor Mandela Barnes (D), a super PAC backed by Charles Koch and Koch Industries is relying instead on direct voter contact.

Americans for Prosperity Action (AFP Action), launched in 2018 as the electoral arm of Koch’s astro-turf advocacy group, is spending more than half of its money in the race on door-to-door canvassing and direct mail, and nothing on TV ads.

Koch Industries, Charles Koch’s conglomerate, has given AFP Action $12.5 million of its $32.2 million in contributions this election cycle through Aug. 31, the most recent date of reporting by super PACs to the Federal Election Commission (FEC). A handful of wealthy individuals are responsible for much of the rest of the money raised.

AFP Action is taking that money and spending it in key U.S House and Senate races that will determine which party controls Congress and, as of Sept. 30, has spent $5.8 million in the Johnson-Barnes match-up. Of that, 60% was spent on direct voter contact, including $2.5 million for door-to-door canvassing and $903,000 for direct mail.

Two other major super PACs supporting Johnson, Wisconsin Truth and the Senate Leadership Fund (SLF), account for almost half of the outside money spent in the Wisconsin senate race so far.

In contrast with AFP Action, these large super PACs have spent $25.4 million out of a total $29.4 million in Wisconsin on TV ads. Attack ads against Mandela Barnes, largely on the crime issue, have accounted for $16.2 million of the total spent on TV, with $9.2 million going for ads supporting Johnson.

Wisconsin Truth spent $18.4 million, all of it for TV ads for Johnson or against Barnes. SLF spent $11 million total, of which $7 million was for attack ads against Barnes.

The Center for Media and Democracy (CMD) recently reported that billionaires Diane Hendricks and Elizabeth Uihlein had bankrolled almost all of Wisconsin Truth’s independent expenditures as of the end of July.