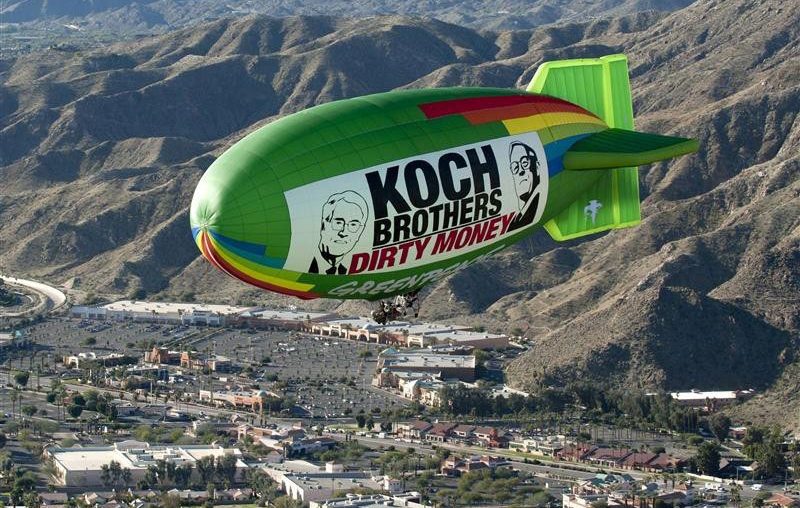 Chris Carr, the newly appointed state Attorney General for Georgia, has multiple ties to organizations connected to the billionaires Charles and David Koch.

Carr was Vice President and General Counsel at the Georgia state think tank, Georgia Public Policy Foundation (GPPF). The GPPF, which has received financial support previously from the Charles G. Koch Charitable Foundation, is a part of a national network of think tanks called the State Policy Network (SPN), which itself receives financial support from the Kochs.

SPN promotes an agenda aimed at the privatization of public services and eliminating industry regulations including many environmental protections. CMD published a report on SPN in 2013 called “EXPOSED: The State Policy Network: The Powerful Right-Wing Network Helping to Hijack State Politics and Government.”

Early in his career, Carr was a lawyer for Georgia Pacific, a pulp and paper company that is now a subsidiary of Koch Industries.

Since 2013, Carr has been Commissioner of the Georgia Department of Economic Development.

The current Attorney General in Georgia, Sam Olens, is stepping down in November to take over as President of Kennesaw State University, a move that has been controversial on campus as students and staff protested his appointment.

Attorney General Olens is a member of the Republican Attorneys General Association (RAGA), a national pay-to-play group that sells private access for corporate funders to meet with Republican attorneys general at its annual meetings.

CMD recently released documents and audio from RAGA meetings that exposed the group’s role in pushing back on the Obama administration’s Clean Power Plan and state investigations into the funding of climate change denial by ExxonMobil. The materials released by CMD were used in reporting by Bloomberg, the Washington Post and other outlets.

In a press release, RAGA celebrated the appointment of Chris Carr, calling him “an excellent choice to be Georgia’s next attorney general.”