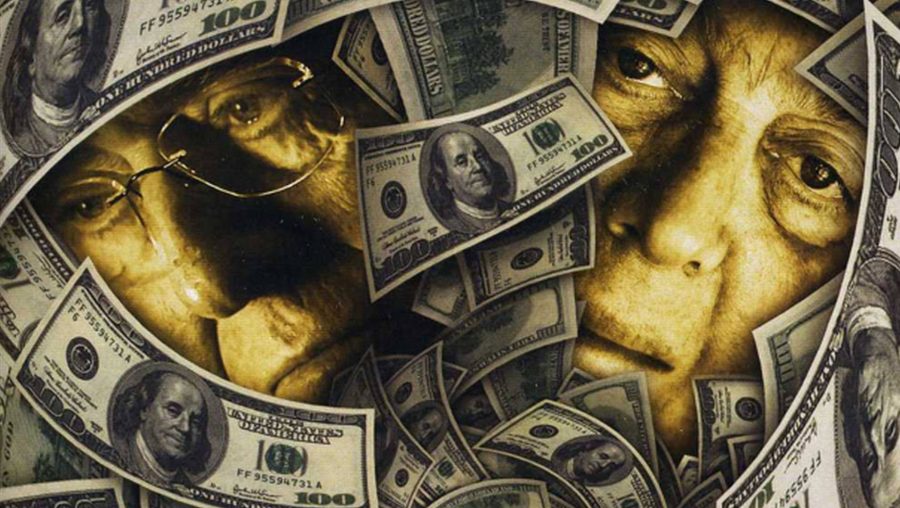 The Koch brothers’ ground operation, Americans for Prosperity (AFP), recently announced that it is endorsing Rep. Will Hurd, a Republican incumbent from Texas who voted against Speaker Paul Ryan’s health care replacement bill that would have repealed the Affordable Care Act (ACA), also known as Obamacare.

That makes Hurd the only one out of six Senate candidates and eight House candidates endorsed by AFP to have opposed the ACA repeal. Hurd did support the Trump tax cuts though, estimated to provide the Kochs and Koch Industries with a tax windfall of as much as $1.4 billion per year.

This isn’t the first time cash has won when it has come to a choice between more money in the Kochs’ wallets and the libertarian values they preach. Charles and David Koch, who own Koch Industries, have demonstrated that clearly by supporting tax subsidies for their businesses, including subsidies for a new factory in one of the U.S.’s poorest counties.

The billionaire brothers justify receiving corporate welfare by saying, “we will not put ourselves and our employees at a competitive disadvantage in the current marketplace.”

The Center for Media and Democracy (CMD) also recently wrote about other Koch investments exposing their hypocrisy as defenders of the so-called “free market,” such as building a $1 billion plant in China, and investing in Chinese companies controlled by the ruling Communist Party.

Americans for Prosperity (AFP), built and financed by the Koch brothers, is spending big money on TV ads, social media, and print for their favorite congressional candidates this fall, after spending millions supporting right-wing candidates in GOP primaries.

But apparently, a vote to slash taxes on corporations and the wealthy trumps the estimated $200 million the Kochs’ political operation spent trying to kill the ACA over the past decade. AFP was one of the leading organizations in that effort, running a huge grassroots lobbying campaign, staging events, and targeting member of Congress who support the ACA.

With 14 announced AFP endorsements in Senate and House races, and almost $10 million already spent in Senate races, largely on attack ads, Hurd stands out as the only endorsement for someone who defied the Koch orthodoxy on health care.

Support for Hurd, despite his opposition to the ACA repeal, is important to the Kochs because the incumbent is in a tough battle with Gina Ortiz Jones, who won the Democratic primary.

“Ortiz Jones, a former Air Force intelligence officer, will carry the torch for her party in a district that is considered one of the most competitive nationwide—it has changed party hands five times since it was drawn in 1967,” reported the El Paso Times.

Hurd also sides with Team Koch on not regulating greenhouse gases and weakening clean air and water standards, which has earned him a 2% lifetime rating from the League of Conservation Voters, one of the worst environmental voting records in Congress.

Hurd may have opposed the Kochs on their signature issue, repealing the Affordable Care Act, but delivering on tax cuts for corporations and the rich and protecting their freedom to pollute makes him worth saving in the Kochs bothers’ book.