› News › Coming Up Short in Hunt for Voter Fraud, Desperate Republicans Try to Pay For Evidence 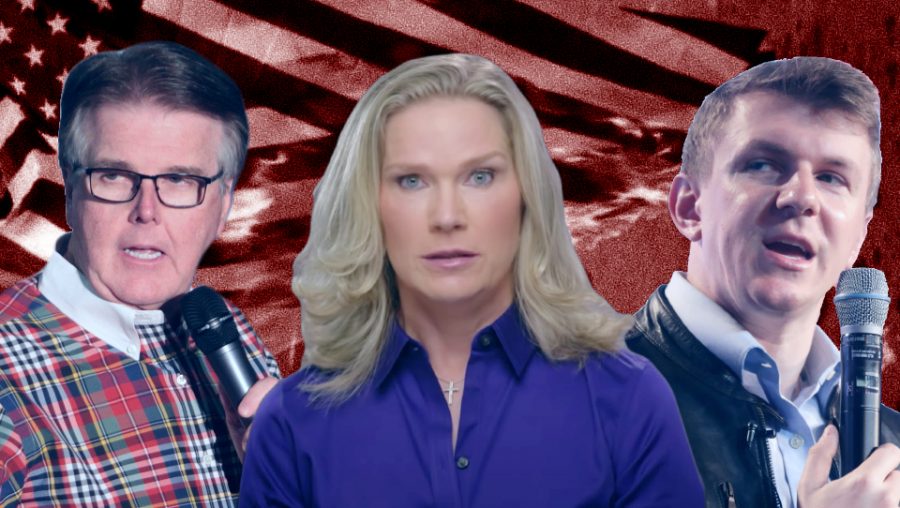 Since before Election Day, lawyers representing President Donald Trump, the Republican National Committee, and right-wing advocacy organizations have been taking to the courts to throw up as many obstacles to voting as they can. After a record number of Americans cast their ballots anyway in early voting and on Nov. 3, the effort went into overdrive, with GOP lawyers attempting to invalidate millions of ballots, especially in liberal and heavily Black cities such as Detroit and Atlanta.

Trump’s lawyers’ unsubstantiated claims of voter fraud have resulted in “embarrassing rebukes from judges.” GOP legal teams have tried to halt the counting of ballots in Detroit based on dubious “hearsay,” falsely claimed that Republican observers weren’t allowed to observe vote counting, and asked votes to be thrown out that, when pressed, they admitted were not fraudulent. On Nov. 13, the law firm Porter Wright Morris & Arthur withdrew from a case it had filed just three days earlier alleging irregularities in Pennsylvania, and a Trump campaign lawyer in an Arizona case admitted to submitting into evidence lies and “spam” via affidavits it solicited from the public online.

The Trump campaign is even attempting to throw out the votes of hundreds of overseas military officers and their spouses in Nevada. The law firm that sent the complaint, Weir Law Group, may have violated the Privacy Act and United State Postal Service Rules when creating the complaint, according to Salon.

“Some of the suits filed on Trump’s behalf appear to be hastily thrown together, with spelling errors (‘ballet’ for ‘ballot’), procedural mistakes and little to back up their claims,” according to the Associated Press.

On Nov. 10, The New York Times reported that elections officials and representatives in every U.S. state had the same finding: There was no evidence of voter fraud or other irregularities that affected the election’s outcome.

After over a week of frivolous lawsuits, Republican politicians and operatives, desperate for some tangible evidence of widespread voter fraud, are now seeking to pay large sums for such evidence.

The voter suppression nonprofit True the Vote established a “Validate the Vote” initiative and claims to have over $1 million “to incentivize malfeasance reporting.” The Texas-based organization hopes “whistleblowers” will call its “election integrity hotline” with evidence of fraud that will, finally, break through.

“Unfortunately, there is significant tangible evidence that numerous illegal ballots have been cast and counted in the 2020 general election, potentially enough to sway the legitimate results of the election in some of the currently contested states,” falsely claimed True the Vote Founder and President Catherine Engelbrecht in a press release.

As her organization tries to pay for voter fraud information, it is spreading easily disprovable propaganda, including the false #MaidenGate conspiracy theory.

True the Vote, which attempted to recruit retired veterans and even ex-Navy Seals to poll watch this year, is funded in part by the Bradley Foundation and Bradley Impact Fund, two sister charities that finance right-wing causes in the states. Cleta Mitchell, a GOP lawyer known for her voter suppression litigation who has represented True the Vote, serves on the board of the Bradley Foundation.

Another known donor to True the Vote is DonorsTrust, a favorite dark-money vehicle used by the Koch and DeVos families to fund nonprofits.

Despite a very strong showing by Texas Republican candidates, Republican Attorney General Dan Patrick is also offering up to $1 million to “incentivize, encourage, and reward” people for reporting incidents of alleged voter fraud in Texas. Anyone who provides information that leads to a conviction will receive at least $25,000 from Patrick’s campaign fund. There is no evidence of widespread voter fraud in Texas.

In October, Patrick baselessly claimed that Democrats were plotting to steal the election from Trump.

Project Veritas, the sting operation run by James O’Keefe that has been disgraced for using deceptive tactics, screwed up again, this time promoting a false fraud allegation in Pennsylvania. Postal worker Richard Hopkins alleged that a postmaster in Erie instructed workers to backdate ballots mailed after Election Day in order to make them valid, a claim that Sen. Lindsey Graham (R-S.C.) cited in a letter to Attorney General William Barr calling for a federal investigation.

Hopkins recanted his statement to the USPS Office of Inspector General on Nov. 9. The following day, Hopkins claimed on YouTube that he did not take back his claims, despite the existence of a two-hour recording of him recanting his claims and saying he based them merely on “assumptions” from snippets of conversation he overheard. Hopkins also signed a statement saying he was not coerced. He said that Project Veritas has a lawyer on retainer “in case there’s anything that happens” and that the group wrote the sworn affidavit that conveyed his original fraud claim.

Project Veritas set up a GoFundMe page to raise money for Hopkins, and the effort drew $136,000 before the company put the campaign on hold.

On Nov. 9, Project Veritas announced it was offering a $25,000 reward for “first hand election fraud tips in Pennsylvania.”

Last month, Project Veritas, which has coordinated numerous debunked stings, allegedly attempted to bribe a Minnesota man with $10,000 to say he was “harvesting” ballots for Democratic Rep. Ilhan Omar, a common target of hate and vitriol from the Right and one of the first two Muslim-American women elected to Congress. Project Veritas deceptively edited two videos together to make it seem as if the man was illegally collecting ballots for Omar. In reality, the man was collecting ballots for a Minneapolis City Council candidate, and there is no evidence proving he collected them outside of the time period during which it was legal to do so.

University researchers later said that the video was part of a “disinformation campaign” coordinated with right-wing figures including Donald Trump, Jr.

James O’Keefe’s operation has attracted huge amounts of often anonymously donated money from extremely wealthy right-wing funders. From the 2014 to 2018 fiscal years, DonorsTrust gave over $8.4 million to Project Veritas, according to a CMD report. Other right-wing donors during this time period include the Dunn Foundation ($274,000), Helen Diller Family Foundation ($125,000), the Bradley Impact Fund ($31,000), and even the Donald J. Trump Foundation ($20,000).

Other right-wing groups and politicians are still hoping that eventually some credible evidence of voter fraud will surface.

Republican Sen. Ron Johnson of Wisconsin tweeted on Nov. 11 that he’s looking for “whistleblowers” who are aware of “irregularities related to mail-in or absentee ballots,” listing an email address for a “hotline.”

My committee has jurisdiction over USPS and the federal workforce. I’m asking anyone who knows of irregularities related to mail-in or absentee ballots to contact our confidential whistleblower hotline: whistleblower@ronjohnson.senate.gov

Election Integrity Project California, another voter suppression group, offers instructions for how people can send it reports about “incidents of potential fraud of corruption.”

A Last-Ditch Attempt at Stealing the Election

The Trump campaign and conservative networks such as the American Legislative Exchange Council (ALEC) have explored the prospect of GOP-controlled state legislatures in swing states like Pennsylvania or Michigan overturning the will of voters and selecting pro-Trump electors, who will then cast their Electoral College votes in Congress on Dec. 14.

Some argue that the U.S. Constitution allows state legislatures to appoint electors directly, regardless of a state’s popular vote. To justify such a move, lawmakers would need to dispute the validity of their state’s election process, and ALEC drafted letters that they could send to their secretaries of state to do that. By filing countless frivolous lawsuits, Trump and the Republican National Committee may not notch any court victories, but they could succeed in drawing out the certification of the winner long enough to convince state legislators that they should take matters into their own hands.

Republican legislative leaders in Pennsylvania and Wisconsin, however, have stated that lawmakers have no role in their states’ selection of presidential electors.

Election law experts and even conservative media figures say that this long-shot strategy is very unlikely to succeed. Still, writes University of California at Irvine law professor Rick Hasen, “The danger, then, is less about whether Biden takes office in January and more about whether the American people will keep believing that this is a country that can settle its disagreements peacefully and through a legal process.”

Featured image is derived from images from Gage Skidmore and True the Vote (YouTube).