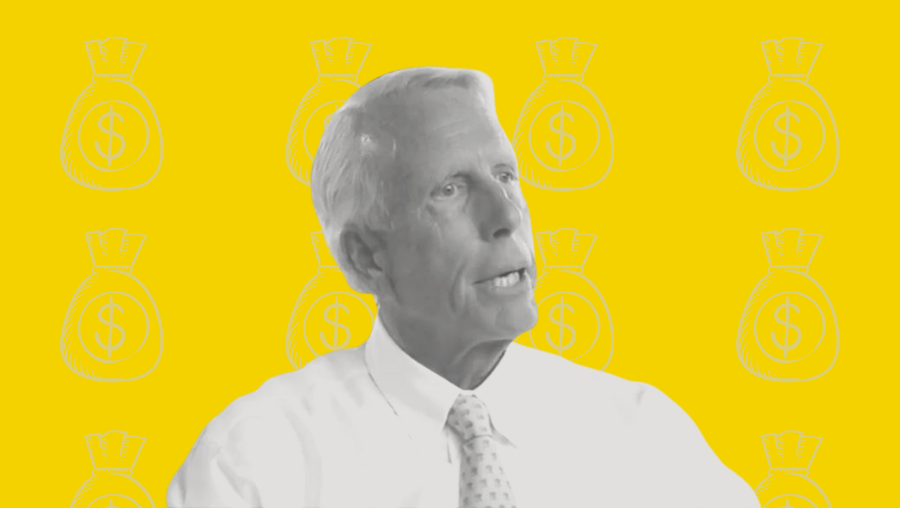 Richard and Elizabeth Uihlein, historically among the largest donors to far-right candidates in U.S. federal elections, have already spent more than $12 million to influence 2022 races for federal office, according to Federal Election Commission data.

Richard Uihlein was exposed last year as a major funder of the Tea Party Patriots, a group that helped organize the pro-Trump rally on Jan. 6, 2021, that culminated in the violent insurrection at the Capitol. The Center for Media and Democracy (CMD) also recently reported that Uihlein was among the first major donors to the nonprofit behind The Federalist, a pro-Trump, conspiracy-laden media outlet.

So far this cycle, the Uihleins have contributed $3.9 million, $2.5 million, and $1 million to super PACs supporting U.S. Senate candidates in North Carolina, Missouri, and Arkansas, respectively.

The Uihleins, who are worth an estimated $4 billion, poured more than $65 million into conservative super PACs in the last election cycle.The bulk of that money went to Club for Growth Action ($27 million) and Uihlein’s Restoration PAC ($24.5 million).

The Uihleins’ Restoration PAC spent roughly $16.6 million on TV ads attacking Joe Biden or supporting Donald Trump in 2020. The couple are also longtime supporters of right-wing and anti-choice candidates in their home state of Illinois, contributing more than $20 million since 2016.

Since 2015, the Uihleins have funneled close to $154 million into federal super PACs, political committees, and candidates, making them some of the biggest Republican influencers in the country.

In 2021, Richard Uihlein donated $4.9 million to Club for Growth Action, the conservative PAC that has spent $5.1 million so far to support Rep. Ted Budd (R-N.C.), a Trump-endorsed candidate who is seeking to replace retiring Sen. Richard Burr (R-N.C.) in November. Rep. Budd voted against certifying the 2020 presidential election results and has promoted Trump’s lies about voter fraud.

Club for Growth has been running deceptive ads against Budd’s opponent, Gov. Pat McCrory (R), painting him as a Trump hater and closet liberal.

Following their penchant for backing anti-establishment Republicans, the Uihleins have contributed $1 million to the Arkansas Patriots Fund to help Jake Bequette (R-Ark.), an Iraq war veteran and retired NFL player, in his bid against incumbent and Trump-endorsed Sen. John Boozman (R-Ark.) in the upcoming Senate primary in Arkansas.

The Uihleins have also contributed $2.5 million to Team PAC, a super PAC supporting former Missouri Gov. Eric Greitens (R-Mo.) in his run against Missouri Attorney General Eric Schmitt in the state’s GOP Senate primary.  While Trump has not yet made an endorsement in that race, Greitens has surrounded himself with Trump insiders, and in July 2021, Rudy Giuliani showed up at a fundraising rally for him.

With the Koch-backed Americans for Prosperity (AFP) Action endorsing Schmitt, the Missouri race is shaping up to be a donnybrook. Two of America’s richest campaign donors—Richard Uihlein and Charles Koch—will face off in the GOP primary through opposing super PACs.

AFP Action runs independent expenditure campaigns and spent nearly $48 million in the 2020 federal elections, the majority of which boosted Republican Senate candidates through a combination of digital advertising, direct mail, and canvassing in 11 states. In 2020, AFP Action’s top two donors were Koch Industries, which gave $8 million, and the Koch-tied Freedom Partners Action Fund, which contributed $6.5 million.

Uihlein also has given his own Restoration PAC $1.5 million so far for the 2022 elections, but it has yet to spend any of that money.

The rest of the $12 million the Uihleins have invested in the 2022 elections has gone to GOP party and leadership committees. If big donors like the Uihleins did not use super PACs and gave directly to candidates’ campaigns, they would be limited to contributing a maximum of $2,900 for the primary and $2,900 for the general election per candidate.