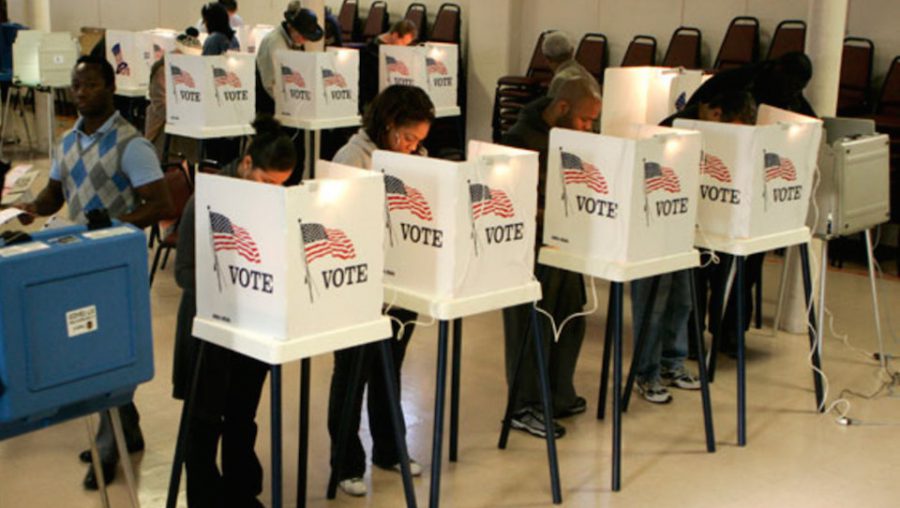 Races this year in Michigan, Georgia, Arizona, Ohio, and Nevada, among other states, all feature at least one candidate who claims that the 2020 federal election was “stolen.” In these five battleground states, secretaries of state oversee the election process, including ballot counting and placement of voting machines. They also have the power to refuse to certify an election, a move that generally calls for a new election, recount, or audit.

Significant increases in campaign fundraising by secretary of state candidates from both parties point to what’s at stake in the post-2020 election environment. The Brennan Center for Justice reports that through the end of 2021, secretaries of state candidates in Michigan, Georgia, Minnesota, Arizona, Ohio, and Nevada raised more than three times as much as four years ago – $9.1 million for the 2022 elections compared to $3 million for the 2018 elections over the same period in 2017.

Historically, secretary of state elections have been down-ballot backwaters of far less interest than races for governor and attorney general. But this year, Trump loyalists eager to sow doubt about the security of the U.S. electoral process have put together a coalition of “America First” secretary of state candidates in battleground states won by President Biden.

That coalition includes Trump-backed candidate Kristina Karamo, who is running in Michigan’s GOP primary, where the former president long tried to claim election fraud in 2020 despite evidence to the contrary.

Karamo insists that Trump won the presidential election in Michigan, claims she witnessed voter fraud in her own precinct, and testified before a state legislative hearing on the subject. In October 2021, she further identified herself with conspiracy theory politics by participating in a conference in Las Vegas that included leaders of QAnon.

A wide range of nonpartisan news outlets and organizations confirmed that Biden won Michigan by 154,188 votes. Numerous court challenges and an audit revealed no evidence of any fraud in the election process.

Karamo raised $228,203 between when she announced her run last May and the end of 2021, according to the latest available campaign finance reports.

The incumbent Secretary of State Jocelyn Benson (D), who is running for a second term, raised $412,356 in the last quarter of 2021, for a total of more than $1.6 million so far in this election cycle. Her largest contributions were from the Michigan Regional Council of Carpenters ($81,500) and  the Democratic Association of Secretaries of State (DASS) ($71,500).

DASS has  raised $4.5 million in 2021, or three times more than it did in 2017 and 2018, but big donors have yet to catch on to the importance of the secretaries of state battles, according to Politico.

In late 2020, Georgia’s Secretary of State Brad Raffensperger (R) famously refused to comply with Trump’s illegal demand that he “find 11,780 votes,” which would have given the former president the edge he needed to squeak past Biden, who won the state. Raffensperger also confirmed that no evidence of widespread voter fraud was found in the state.

In January of this year, Georgia’s Fulton County District Attorney Fani Willis won court approval to seat a special grand jury for a criminal investigation into the former president’s attempts to overturn the 2020 election results in Georgia.

Rather than seek reelection to Congress in 2022, Rep. Jody Hice (R-GA) has jumped in to challenge Raffensperger for secretary of state, with backing from Trump. Hice voted to reject certifying Georgia’s electoral votes for Biden on Jan. 6, 2021.

“What Brad Raffensperger did was create cracks in the integrity of our elections,” Hice told Vox.

David Belle Isle, the former mayor of Alpharetta, Ga., and a fervent promoter of Trump’s Big Lie, is also running in the Republican primary.

For the Democratic primary, the only candidate who reported fundraising in the race is state Rep. Bee Nyguen, with $1.1 million.

Republicans hold every state constitutional office and both legislative chambers in Georgia. But in 2018 Raffensperger won with only 52% of the vote, making the race competitive for the five Democrats vying to be their party’s nominee. Still, for now, most people are focused on the GOP primary to see how much weight Trump’s endorsement of Hice carries.

Trump has not yet endorsed a candidate in the May 3 primary for secretary of state in Ohio, where incumbent Secretary of State Frank LaRose (R) has drawn two pro-Trump opponents: former state Rep. John Adams and right-wing podcaster “Tore” Maras-Lindeman.

LaRose is trying to walk a fine line with his Republican base in Ohio. First elected in 2018, he has tried to assure voters – who gave Trump 53% of the vote to win over Biden – that there is little fraud in the state’s electoral process. Post-election audits directed by LaRose found that Ohio’s 2020 election results were 99.9% accurate.

“Our state is proof positive you don’t have to choose between secure or convenient elections – we have both,”  LaRose told Newsweek. “In Ohio, easy to vote and hard to cheat aren’t mutually exclusive.”

On the other hand, the secretary has refused to condemn members of his own party who continue to spread the Big Lie, has backed legislation to roll back access to voting, and has managed to avoid saying whether or not he would support Trump if he ran again.

LaRose is the only candidate to raise significant funds so far, collecting $887,000 in 2021, bringing his campaign balance to $1.8 million.

In addition to endorsing Karamo in Michigan and Hice in Georgia, Trump is backing Mark Finchem for secretary of state in Arizona, where incumbent Katie Hobbs (D) is leaving the office to run for governor, throwing the race wide open.

Finchem helped coordinate the Stop the Steal rally that sparked the Jan. 6 riot at the U.S. Capitol and was originally listed as a speaker. He was also involved in the submission of a fake pro-Trump slate of electors and has aggressively promoted Trump’s voter fraud lies.

In Nevada, where Biden won by less than 34,000 votes, seven candidates are running to replace Republican Secretary of State Barbara Cegavske, who is termed out.

Cegavske has rejected repeated claims of voter fraud from her party, but most of the Republican candidates to fill her position have taken Trump’s line.

Jim Marchant, a former Republican state assemblyman, the leading candidate in the Republican primary, has said he would have refused to certify the 2020 presidential results and claims that Nevada’s elections are rigged.

“Your vote hasn’t counted for decades,” Marchant told the crowd at a recent candidate forum in Reno, according to the Nevada Independent. “You haven’t elected anybody. The people that are in office have been selected. You haven’t had a choice.”

Marchant, who spoke last summer at a QAnon-backed conference, also said he would immediately decertify Dominion Voting machines if elected.

Marchant unsuccessfully attempted to use a claim of voter fraud to overturn his own 2020 congressional race loss to incumbent Rep. Steven Horsford.

Trump had endorsed Marchant in that race, and although the former president has not weighed in on his bid for secretary of state, he has won the endorsement of Mark Meadows, Trump’s former chief of staff, along with those of Arizona Trump loyalists Rep. Paul Gosar  and Rep. Andy Biggs.

Announcing his bid for secretary of state in late August, Marchant raised $136,000 by the end of 2021. In the Democratic field, Cisco Aguilar, an attorney and former staffer for Sen. Harry Reid, has emerged as the top fundraiser with $485,000 in contributions last year.

In states where secretaries of state have no authority over the election process, Republicans are attempting to increase legislative control over election results.

In Pennsylvania, another key battleground state, attention is focused on the potential impact of this year’s gubernatorial race outcome on the 2024 presidential election. Although counties play the key role in election administration in that state, the governor appoints executive branch staff to oversee and certify elections.

Republicans in Pennsylvania are running to replace Democratic Governor Tom Wolfe with a promise to repeal the 2019 bipartisan legislation that expanded mail-in voting. In 2020, more than 2.6 million residents of the state – disproportionately Democrats – used the mail-in voting option.