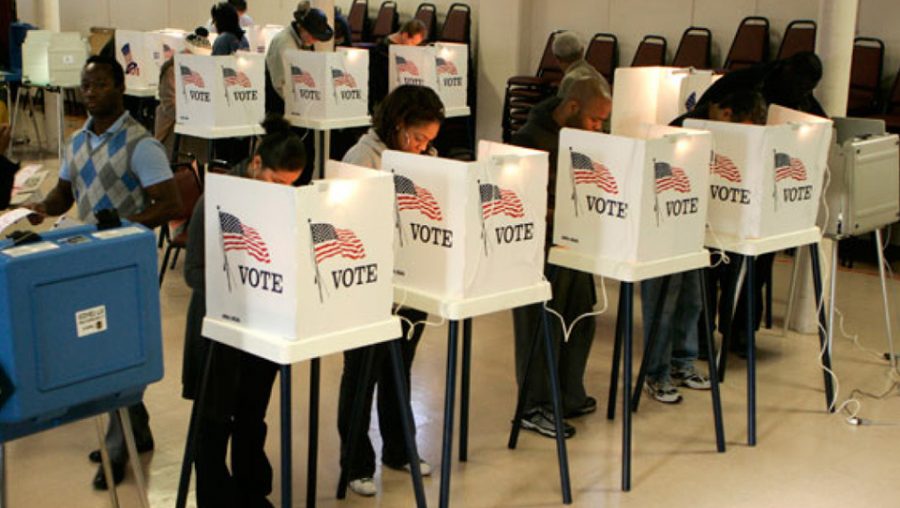 Americans for Prosperity (AFP), the Koch political network’s astroturf operation, suffered a defeat in South Dakota this month when voters soundly rejected imposing a supermajority requirement on future ballot measures—which had been AFP’s strategy for derailing this fall’s vote on expanding Medicaid.

AFP pushed Amendment C, which would have required 60% of voters to approve the November Medicaid expansion measure rather than the current simple majority required for South Dakota ballot initiatives. On June 7, voters rejected the amendment by a 2–1 margin.

“Last week, the people of South Dakota preserved their right to use direct democracy,” Kelly Hall, executive director of the Fairness Project, told the Center for Media and Democracy (CMD). “This victory over Amendment C will benefit tens of thousands of South Dakotans who will choose to use the ballot measure process to increase access to healthcare for their families and neighbors, raise wages, and [pursue other] policies that improve lives,” Hall said.

With affiliates in 38 states, AFP prompts people to oppose public-sector unions, expanded healthcare, and environmental protections. In 2020 and 2021, it tried but failed to stop a Medicaid expansion ballot initiative in Missouri.

Its budget—more than half of which comes from the Koch-funded Stand Together Chamber of Commerce—was $78 million in 2020. AFP is not required by laws to disclose its funding sources, but Stand Together does disclose the groups it funds.

The South Dakota ballot initiative that AFP is trying to stop would offer healthcare coverage to residents of the state who earn less than $18,000 a year. “If South Dakota were to expand its Medicaid program, 27,800 uninsured nonelderly adults would become eligible for coverage,” according to the Kaiser Family Foundation. This accounts for “42% of the state’s uninsured nonelderly adult population.”

As part of its effort, AFP posted an online petition against the Medicaid ballot measure claiming that Medicaid expansion “dramatically increases the size of government” and leads to higher taxes.

By contrast, advocates point out that if voters pass the ballot measure this year, South Dakota will qualify for 90% federal matching funds available under the Affordable Care Act (ACA). The American Rescue Plan Act, one of the federal Covid relief programs, will provide an additional 5% increase in the federal matching rate for two years after the expansion takes effect.

Last year, AFP set up South Dakotans Against Higher Taxes as the political committee for Amendment C and against Medicaid expansion. In 2018, it teamed up with a coalition with the same name that used $6.5 million in tobacco industry money to defeat a ballot measure that would have increased tobacco taxes.

So far, AFP has spent close to $837,000 through that committee to pass Amendment C and defeat the Medicaid measure in November, including $268,809 for mailings, $381,431 for advertising (largely on social media), $170,248 for door-to-door canvassing, and $16,000 for polling, according to reports filed with the secretary of state. In addition, the business trade group known as the South Dakota Coalition for Responsible Taxation spent $19,500 on research and polling in support of Amendment C.

The Opportunity Solutions Project (OSP), officially organized as FGA Action, spent $50,000 on advertising for Amendment C. OSP is the sister organization of the Foundation for Government Accountability, a Florida affiliate of the right-wing umbrella organization the State Policy Network (SPN).

Leonard Leo’s dark money group The Concord Fund is the only identifiable OSP funder that is still operational. Between July 2019 and June 2021, The Concord Fund contributed $1.8 million to OSP.

In 2016, OSP and AFP teamed up in South Dakota to defeat a ballot measure that would have cracked down on dark money and phony industry front groups by barring candidate coordination with outside groups and regulating independent expenditures. Although the measure passed, the Republican-dominated legislature used an emergency rule to repeal it.

A business trade group, the South Dakotans Coalition for Responsible Taxation, also spent $19,500 on research and polling in support of Amendment C.

If voters approve the ballot initiative in November, South Dakota will join the vast majority of states that have opted to expand Medicaid under the ACA, leaving only 11 states as outliers.