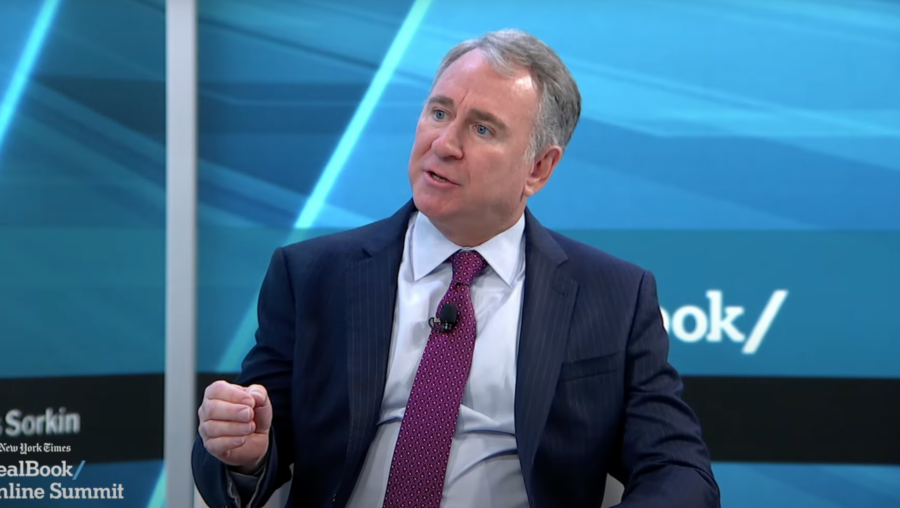 Ken Griffin, the richest person in Illinois, backed Richard Irvin, the African American mayor of Aurora. Griffin heads Citadel Trading, which trades 40% of all stock in the U.S., and is worth $25.8 billion, according to Forbes.

Griffin contributed $50 million to Irvin’s campaign, the largest contribution to any candidate in U.S. history, and Irvin raised another $3 million.

Despite Griffin’s record cash infusion, Bailey beat Irvin by 58% to 14%, with Irvin coming in third.

In his endorsement, Trump trumpeted that “Darren is just the man to take on and defeat one of the worst governors in America,” J.B. Pritzker.

Pritzker and the Democratic Governors Association also weighed in with $30 million in attack ads against Irvin, hoping to face the Trump-endorsed candidate in the November election instead of Irvin, a moderate Republican.

According to WBEZ, Chicago Public Radio, after the election Griffin said, “The unprecedented tens of millions of dollars spent by Pritzker and national Democrats in the Republican Primary to avoid facing Richard in the General Election demonstrated he was the right candidate.”

Altogether, almost $100 million was spent in the Illinois GOP primary for governor. Lacking any competitive opposition in his primary, Pritzker will now face Bailey in the November general election.

Griffin, Uihlein, and Pritzker could spend such vast sums because of a law in Illinois that removes limits on campaign contributions when a wealthy candidate spends heavily with their own money—a law intended to level the playing field. Pritzker, an heir to the Hyatt hotel fortune, previously busted the limits on contributions by giving millions of dollars to his own 2018 campaign.

So far, Pritzker has given his reelection campaign $125 million.

Griffin also spent $53 million in 2020 to defeat an Illinois ballot initiative that would have amended the state constitution to allow for legislation to create a graduated, progressive income tax. The Illinois constitution currently mandates a flat tax. The initiative, which would have taxed the wealthy at a higher rate than that flat tax, lost 55% to 45%.

Just before the election, Griffin announced that he is moving the company’s headquarters to Miami, Florida, citing safety concerns in Chicago, where Citadel employs 1,000 workers. Griffin has already moved his family to Florida, which does not levy an income tax.