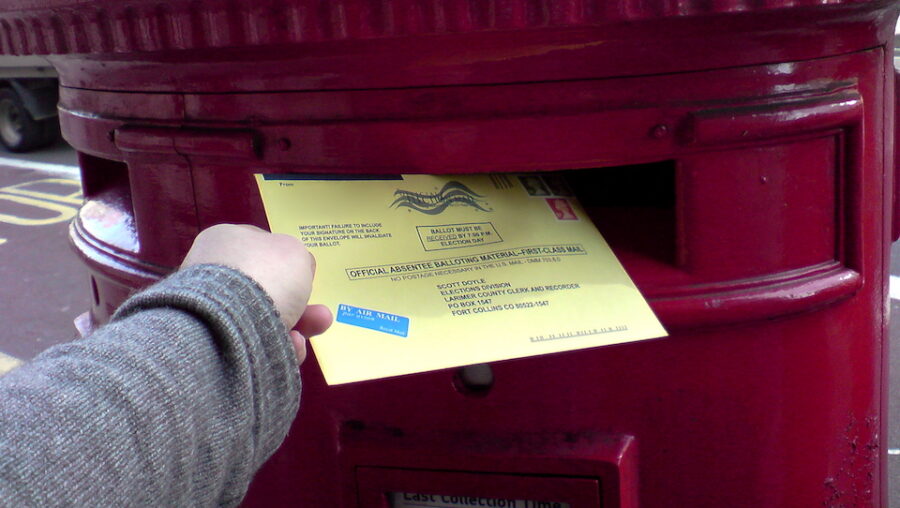 The American Legislative Exchange Council (ALEC) held its third known voter suppression summit for state lawmakers on July 25 and 26 preceding its annual meeting in Atlanta, the Center for Media and Democracy (CMD) has learned.

ALEC invited 15 legislators to participate in the two-day Honest Elections Academy with “policy experts” to focus on “the biggest challenges for the next electoral year,” and to equip lawmakers “with the resources to combat unfair practices, identify key opponents, and understand the election process from start to end,” according to an email invitation obtained by CMD.

Nelson has repeatedly lied about the fact that ALEC works on voting and elections, claiming that it hasn’t done so since its Public Safety and Elections Task Force disbanded in 2012 in the face of public backlash over its role in promoting voter ID legislation.

“ALEC doesn’t have ‘template legislation’ on voting because ALEC doesn’t work on voting issues,” Nelson wrote in a June 2021 opinion piece for Real Clear Politics. She drafted the op-ed after a broad coalition of more than 300 civil rights and democracy reform groups called on corporations to disassociate from ALEC because of the surge in voter suppression efforts it was helping to facilitate.

Nelson also sent an email to ALEC members (obtained and published by CMD) claiming that the “assertions included in the coalition letter are categorically false…. ALEC does not create or promote policy models on election reform/security.”

However, in September 2021, CMD exposed Nelson’s clever dodge by publicizing video of a talk she delivered at a May 2021 meeting of the secretive, Christian Right Council for National Policy. “We don’t have model policy,” she said, speaking on a panel that included Adams and Gunn, “we will be developing that at the Honest Elections Project [Academy]—through them.”

ALEC has effectively outsourced its election-related model legislation to HEP, while still maintaining a secret working group on elections and giving HEP regular access to its legislative members. HEP does not make its model legislation available to the public.

At ALEC’s 2021 States and Nation Policy Summit in December, state lawmakers were invited to an Honest Elections Academy, Part Two, an invitation obtained by CMD indicates.

“Over the summer, we discussed best practices for securing a state’s elections,” the invitation reads. “Now…we’ll work with you on how to put these proven methods into practice, from direct litigation strategies, to workshops with leading election experts, to messaging techniques.”

ALEC also held a secret elections working group meeting on December 1, which CMD first reported on as part of its coverage of the summit.

ALEC held its inaugural Honest Elections Academy from July 26–28, 2021, just before its annual meeting, CMD first reported.  It featured a veritable who’s who of the right-wing leaders behind the ongoing disinformation campaign about voter fraud and assaults on voting rights across the country, as documents later obtained by CMD reveal.

Most of the sessions focused on legislation, which gave state lawmakers an opportunity to discuss bills to restrict voting that had already been introduced and passed in their legislatures during the 2021 sessions and hear from Republican-aligned leaders about additional needs.

ALEC’s first known session with HEP was on July 9, 2020, when it held an “exclusive call” for its legislative members in which HEP and a “former FEC official” discussed mail-in voting, CMD revealed.

Honest Elections Project, the group ALEC chose to partner with on its voting agenda, is a dark money operation formed in February 2020 to push for voting restrictions and spread baseless and dangerous claims about election fraud, laying the groundwork for Trump’s attempt to overturn the election. It is a project of The 85 Fund, the legal name for the Judicial Education Project, a group linked to Leonard Leo that played a central role in Trump’s effort to pack the Supreme Court and the entire federal judiciary with right-wing judges.