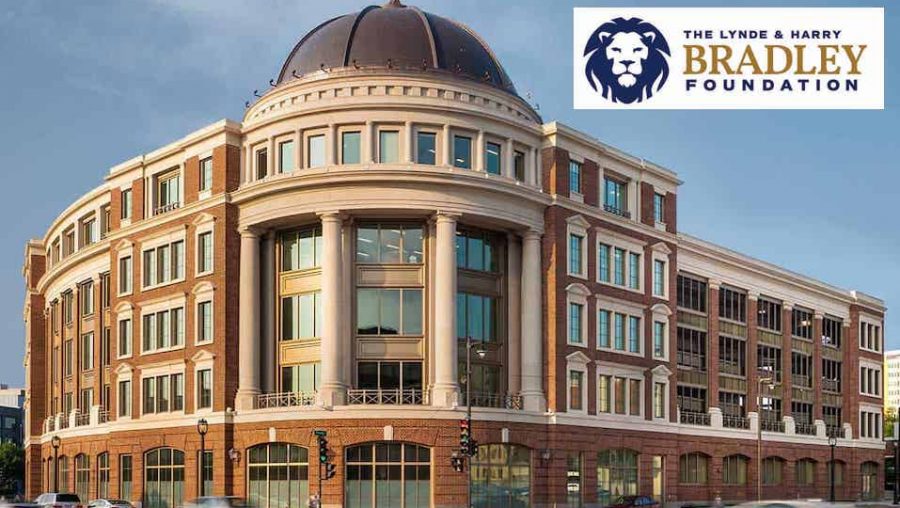 In 2019, the Milwaukee-based Lynde and Harry Bradley Foundation gave millions to groups working to suppress the vote, bust unions, and spread climate misinformation, and to right-wing media outlets. The 2019 spending was detailed in an annual review document prepared by Bradley staff and examined by the Center for Media and Democracy (CMD).

Bradley, one of the largest funders of right-wing infrastructure in the United States with $854.2 million in assets as of December 2018, states that it distributed $42.1 million in grants in 2019, a marginal increase over the $40.1 million it gave out in 2018.

In 2017, CMD exposed Bradley’s extensive efforts to weaponize philanthropy in order to build and maintain a stronger right-wing infrastructure to exert influence on policy and politicians. As part of Bradley’s strategic vision, it invests in groups to defund and dismantle unions, to fuel a web of climate change deniers, and to prop up right-wing media.

Bradley Steps Up Spending on Voting and Elections

With the 2020 election around the bend, the Bradley Foundation ramped up spending on groups that work on voting and elections in 2019.

The Public Interest Legal Foundation (PILF) received $340,000 from Bradley in 2019. PILF is led by J. Christian Adams, one of the nation’s leading fear mongers on voter fraud. PILF files lawsuits to purge state voter rolls, and recently has stepped up its misleading claims that voting by mail will lead to widespread fraud and millions of missing ballots.

Bradley granted another $225,000 to the Heritage Foundation for its “Election Law Initiative and Legal Strategy Forums.” Heritage’s Election Law Reform Initiative is led by Hans A. von Spakovsky, a former FEC commissioner and a leading right-wing alarmist on voter fraud who, like Adams, is also working to misinform the public on the dangers of mail in voting.

Bradley Foundation added $100,000 in 2019 to the GOP-connected Fair Lines America Foundation (FLAF) for “start up efforts.” Before 2019, FLAF had not raised more than $50,000 according to IRS records, but CMD found that DonorsTrust, the preferred funding vehicle of the Koch network of right-wing donors, gave it $225,000 in 2018. FLAF and its sister organization, Fair Lines America, are led by the Republican’s “chief authority on redistricting” Adam Kincaid. Kincaid, who is also executive director for the National Republican Redistricting Trust, led a six-part “Mapping America” webinar on redistricting for members of the American Legislative Exchange Council (ALEC) last month, CMD reported.

Bradley contributed $100,000 to American Majority, a right-wing candidate training operation, for its “Wisconsin efforts.” That money proved effective as American Majority claimed to have placed 42 out of 62 of its trainees in state and local offices following the 2020 spring election.

The Bradley Foundation bankrolled the union-busting activities of thirty groups in 2019. Bradley’s massive investment in anti-union groups to further its partisan goal of weakening the Democratic Party and winning Republican “unified” control in the states, including $7.2 million in 2019 alone, rivals Charles Koch’s anti-union campaign over the last decade.

Spun as an effort to improve “worker freedom,” Bradley continues to fund groups working to get union members to stop paying dues. Corporations and right-wing foundations have increased funding to groups committed to defunding unions following the U.S. Supreme Court’s controversial ruling in Janus v. AFSCME in 2018 that public employees can refuse to pay “agency fees” to public sector unions to cover the cost for negotiating better pay and benefits on their behalf.

CMD revealed in June 2019 that Bradley created a new funding stream for what it calls “workplace freedom efforts” to fund “opt-out” sites and campaigns. The sites were modeled after the Freedom Foundation’s “opt-out” campaign, which was awarded “Best Issue Campaign” at the State Policy Network (SPN)’s 2017 Annual Meeting.

Freedom Foundation, which received $650,000 from Bradley in 2019, has long operated in California, Oregon, and Washington, and added Ohio and Pennsylvania offices in the last six months.

The Center for Individual Rights, Claremont Institute, and the Fairness Center are the only anti-union groups Bradley funds that are not currently SPN associate or affiliate members.

Bradley gave a total of $6.4 million to further fund its web of climate change deniers in 2019, according to CMD’s analysis. Prominent among this group of climate misinformation houses are the CO2 Coalition and the Competitive Enterprise Institute (CEI).

The CO2 Coalition, which received $50,000 in 2019, sent its president William Happer to serve on Trump’s Presidential Committee on Climate Security. Happer is notorious for his denial of climate science and for spreading misinformation around the climate emergency.

CEI received $300,000 from Bradley in 2019. CEI’s Director for the Center for Energy and Environment is the climate change denier Myron Ebell. Ebell steered Trump’s Environmental Protection Agency transition team, which installed a hodgepodge of special interest staffers in the regulatory body. Since then, “The Trump EPA has repealed or weakened almost 100 environmental regulations, even when affected industries have not objected to the rules,” Dr Elizabeth Southerland, who served in the EPA from 1984 to 2017 wrote in The Guardian.

Bradley gave another $50,000 to the Thomas Jefferson Institute (TJI) to hold its “State Energy Policy Summits.” TJI holds its summits in conjunction with the Heritage Foundation’s annual Resource Bank meeting and the SPN’s annual meeting. According to a CMD investigation, Bradley’s grant is matched by the Consumer Energy Alliance, a fossil fuel industry front group that opposes environmental regulations.

The Bradley Foundation contributed a staggering $6.5 million to the State Policy Network (SPN) and 28 of its affiliates in 2019. (Note that some of this money is also included in totals for activities described above.)

SPN is a web of right-wing “think tanks,” advocacy groups, and other registered nonprofits in all 50 states, Washington, D.C., Canada, and the United Kingdom. Closely tied to ALEC, SPN provides the academic legitimacy for that pay-to-play lobbying front group’s school privatization, anti-worker, and anti-regulatory legislation through reports, testimony at legislative hearings, and, increasingly, in the media.

Bradley also donated $350,000 to the Heritage Foundation, an associate member of SPN, in 2019. Heritage has also received millions from the Koch family over the years and is one of the most prominent conservative think tanks.

Bradley details $2.8 million in grants to right-wing media outlets in 2019 in its annual review. $1,050,000 went to Encounter for Culture and Education, the publisher of Encounter Books, which Bradley helped found in 1998.

“Bradley has been the central force in enabling Encounter to become America’s premier publisher of serious conservative non-fiction,” wrote Roger Kimball, current publisher of Encounter, in a letter to the Bradley Foundation in 2016.

Kimball, who won a $250,000 Bradley Prize in 2019, received another $225,000 in 2019 for the New Criterion through the Foundation for Cultural Review, of which he serves as editor and publisher. Kimball publishes right-wing authors in politics, history, religion, biography, education, public policy, and current affairs, often who stake positions in the so-called “culture wars.”

The next largest media grants Bradley gave out were $250,000 each to the Franklin News Foundation, National Review Institute, and Prager University Foundation. Franklin News Foundation was rebranded in 2019 from the Franklin Center for Government & Public Integrity. CMD’s Bradley files investigation found that Bradley kept Franklin’s Wisconsin outlet afloat while the organization struggled financially. According to its Annual Review, the 2019 funding is for “investigative journalism in Wisconsin,” likely to be published on the website The Center Square.

Prager University, an online project of Dennis Prager, has been banned or restricted on YouTube, Facebook, Spotify, and Twitter for hosting content considered hate speech. Since Trump’s election, Prager University Foundation has seen its revenue triple from $5.4 million in 2016 to $18.6 million in 2018.

Bradley has also apparently jumped into the business of funding films. Its annual review details $100,000 to the Moving Pictures Institute for an “unmasking Ferguson film project,” and another $100,000 to the Public Media Lab to support “Created Equal: Clarence Thomas in His Own Words.” The latter film was just released on May 18.

Headhunters, Hatemongers, and Others

In addition to the grants above, there are a number of other Bradley 2019 grants that deserve attention.

The Federalist Society, Trump’s go-to for federal judicial nominees including Neil Gorsuch and Brett Kavanaugh, received $525,000 from Bradley in 2019. Bradley notes that $200,000 was for a “Federal Courts project,” but there is no mention of it on the Federalist Society website.

Bradley granted the FreedomWorks Foundation $450,000 in 2019. FreedomWorks, a group that helped launch the Tea Party in 2009, has been exposed as one of the right-wing groups assisting the campaign to reopen the economy by promoting lockdown protests and coordinating a coronavirus response strategy.

Bradley supported the activities of the hatemonger and anti-Islamic David Horowitz with a grant of $150,000 to his Freedom Center, which Horowitz has called a “battle tank.”