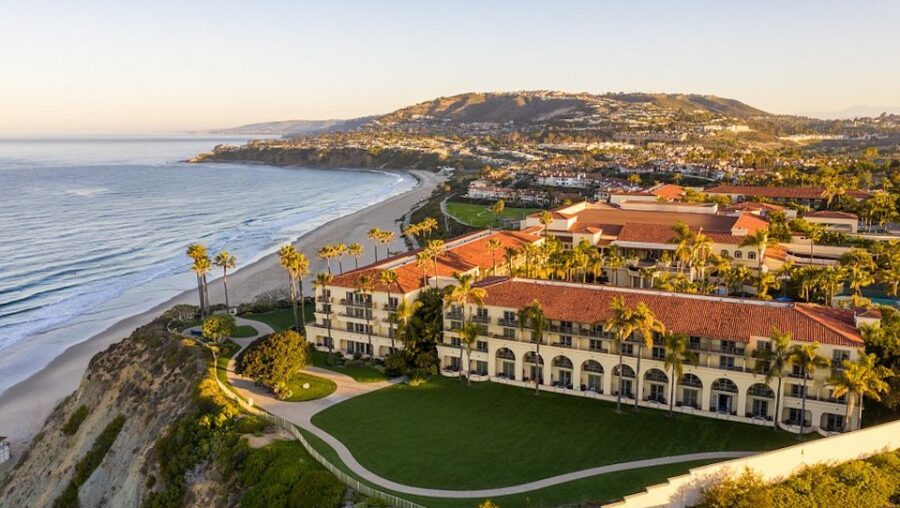 At its first meeting of 2022, the secretive Council for National Policy (CNP) laid out its plans for influencing this year’s midterm elections, abolishing abortion rights, defunding the left, limiting China’s influence, and countering a topic of great concern to Republicans: “wokeness.”

According to an agenda obtained by the Center for Media and Democracy (CMD), the CNP meeting took place the last weekend in February at the posh Ritz-Carlton in Dana Point, California. The agenda reveals  changes in leadership and current priorities of the influential group, which is closely tied to Trump and the Republican Party.

Kevin Roberts, a CNP board member and president of the Heritage Foundation, kicked the event off with a speech on “how the Conservative Movement can go on the offense to promote America’s founding principles across the country.”

CNP is known for “connecting the manpower and media of the Christian right with the finances of Western plutocrats and the strategy of right-wing Republican political operatives,” as Columbia University Professor Anne Nelson describes the group in her definitive book Shadow Network: Media, Money, and the Secret Hub of the Radical Right.

The program for the February meeting offers the first glimpse of the secretive group’s high-level members and leaders since CMD published its September 2020 Membership Directory, provided by open source intelligence researcher Brent Allpress.

The group’s Executive Committee is headed by Judicial Watch President Tom Fitton, who has taken over from William Walton as CNP’s president. Judicial Watch’s “Election Integrity Project” has pushed for voter roll purges and promotes the myth that voter fraud is widespread in the U.S.

At the August 2020 CNP meeting, Fitton facilitated two panels on “election integrity,” CMD reported. “We need to stop those [vote-by-mail] ballots from going out, and I want the lawyers here to tell us what to do,” Fitton told meeting attendees, according to videos obtained by The Washington Post.

Another lifelong advocate of voter suppression now serves as CNP’s vice president: J. Kenneth Blackwell, a former secretary of state in Ohio and member of Trump’s failed voter fraud panel, the Presidential Advisory Commission on Election Integrity. He currently chairs the Center for Election Integrity at the America First Policy Institute (AFPI), a nonprofit spin-off of the Trump administration.

In May 2021, Blackwell facilitated an “Action Session” at CNP’s 40th anniversary meeting on how to combat the national voting rights effort, featuring U.S. Rep. Byron Donalds (R-FL), who voted against certifying the 2020 presidential electoral college results, and GOP lawyer Cleta Mitchell, who has promoted Trump’s Big Lie and advised him on his infamous call pressuring Georgia’s secretary of state to “find” enough votes for the former president to win the state.

At its February meeting, CNP hosted a screening of the film Capitol Punishment with director Chris Burgard, which promotes the claim that, “Everything that we are being told [about the insurrection] is a lie and Americans are being persecuted to support that lie.” CNP has extensive ties to #StoptheSteal and the violent insurrection at the Capitol on Jan. 6, CMD reported.

Blackwell is also listed as president of the board of directors for CNP Action, and Fitton is a new director of the affiliate.

The Gold Circle Members list is largely similar to the September 2020 directory, with many of the new additions representing shifts from lower membership tiers. Notable new members include Ashland University President Carlos Campo; Lynn Friess, widow of GOP megadonor Foster Friess; and Ryan Helfenbein, executive director of the Standing for Freedom Center and a vice president at Liberty University.

“The pandemic led to unprecedented government mandates, the erosion of civil liberties, and an outright assault on freedom,” CNP’s agenda booklet argues. “Americans have seen and experienced what unchecked government power can do, and they have had enough.”

CNP has been instrumental in the relentless push from the right to ignore public health guidelines from the Centers for Disease Control and Prevention (CDC) during the deadly Covid-19 pandemic. It played a leading role in the anti-lockdown coalition known as “Save Our Country,” with members making up half of its leadership council and organizing weekly conference calls to coordinate response tactics.

In May 2020, CMD also revealed that CNP Action, CNP’s 501(c)(4) affiliate, organized a call to discuss a plan for recruiting “extremely pro-Trump” doctors to campaign against Covid public health restrictions.

CNP’s February meeting featured a general session on the state of the pandemic in the U.S. led by Dr. Jay Bhattacharya, a leading advocate for herd immunity who has advised Florida Governor Ron DeSantis (R) on his controversial anti-mask policies.

Despite being a tax-exempt organization barred from engaging in electoral politics, CNP is focusing heavily on elections this year, according to the agenda for its February meeting.

Dave Bossie, president of Citizens United, led things off at the Gold Circle Dinner with a presentation on “the most pressing political battles in DC and their impact on the Conservative Movement.”

A general session titled “Virginia 2021: Lessons Learned” featured Chad Connelly, founder and president of Faith Wins; Mark Campbell, campaign manager for Glenn Youngkin, the Republican who won the 2021 governor’s race in Virginia; Victoria Cobb, president of The Family Foundation of Virginia; and Chris Wilson, CEO of WPA Intelligence sharing “their analyses of the Virginia race” and “what it means for 2022.”

After not winning a statewide race in more than a decade, in 2021 Republicans in Virginia won the offices of governor, lieutenant governor, and attorney general, while also recapturing the majority in the state House.

Former Virginia Secretary of Natural Resources Becky Norton Dunlop, a past president of CNP,  joined the four “Lessons Learned” panelists for a CNP Action session “to chart the course to success nationwide in November.”

In his capacity as CNP Action chairman, Blackwell also hosted “Candidate Introductions” for attendees. While candidates were not listed on the program, CMD obtained a flier for Drew Montez Clark, a Republican candidate for Florida’s 25th district seat in the U.S. House, that was circulated at the meeting.

Clark reportedly co-organized two buses carrying 100 Floridians to the Jan. 6 rally in DC that led to the violent insurrection at the Capitol. He also spoke at a far-right “America First” rally in April 2021 headlined by Rep. Marjorie Taylor Greene (R-GA).

“This term of the Supreme Court could be one of the most consequential ever, and CNP Members have been central to some of the landmark cases being decided,” the CNP’s February meeting program notes. Speakers at a general session on the subject included Alan Sears, founder of the Christian right litigation powerhouse Alliance Defending Freedom; Susan B. Anthony List President Marjorie Dannenfelser; and First Liberty President Kelly Shackelford.

“CNP has been strategizing to dominate the Supreme Court for decades,” CNP expert Anne Nelson told the Associated Press in Oct 2020. “They have worked through the Federalist Society, the Heritage Foundation, and the National Rifle Association, all run by members of the CNP.”

Dannenfelser was among 14 other CNP members to attend the Sept. 26, 2020, Rose Garden ceremony at the White House where Amy Coney Barrett accepted the nomination for the Supreme Court, solidifying the far-right’s hold on the nation’s highest court.

The agenda notes that Dannenfelser “will provide an update on the Dobbs v. Jackson Women’s Health Organization case that could result in completely gutting or overturning Roe v. Wade,” the 1973 Supreme Court decision guaranteeing women in America the constitutional right to an abortion.

Mississippi’s Speaker of the House Phillip Gunn (R-Miss.), the 2020 chair of the American Legislative Exchange Council (ALEC), touted the Dobbs v. Jackson case and its prospects for leading to a decision to overturn Roe v. Wade during a panel at the CNP meeting last May, CMD reported.

“We think that’s going to be a landmark case. All of us know that the United States Supreme Court composition has changed… in a way that is more pro-life,” Gunn told meeting attendees last spring. “They say that Amy Coney Barrett is one of the most active, pro-life people in America, so we believe that she brings a new dynamic to that court. We think our case, our law that we passed in 2018, will be transformative in the arena in abortion. We’re proud of that.”

Dannenfelser then led a CNP Action panel “on how the Conservative Movement can be best equipped for the impending Supreme Court decision on Dobbs” and to “strategize on messaging, state legislation, and more with attendees.”

One of the panelists, Mike Thompson, is a senior vice president with CRC Advisors. Leonard Leo, who played an integral role in Trump’s effort to pack the federal judiciary with right-wing judges, founded CRC Advisors in 2020 with Greg Mueller to “funnel big money and expertise across the conservative movement.” As of September 2020, Leo was a Board of Governors member of CNP.

Pushing Back Against China, the Left, and a “Woke” Military

Freeman was joined in the panel by Beau Brunson, Consumers’ Research Director of Policy and Regulatory Affairs. Consumers’ Research has committed millions in dark money to fight environmental, social, and corporate governance concerns (ESG) and “woke” capitalism, where BlackRock has emerged as a top target of its campaign for its “hypocritical” investments in China.

CMD recently exposed Consumers’ Research as one of the largest sponsors of the State Financial Officers Foundation, a group of Republican treasurers, auditors, and staff from 16 states, which has  also prioritized fighting the ESG movement and “woke” capitalism.

Also on the panel were Pete Hoekstra, former ambassador to the Netherlands under Trump, and Steve Milloy, a FoxNews contributor and paid advocate for Phillip Morris, ExxonMobil, and other corporations.

The three also participated in a CNP Action panel on “Countering China,” where they collectively worked “on ways to combat the increasing and pervasive threat China poses to the United States and American life.”

Leading an CNP Action panel discussion on “Defunding the Left,” Buckeye Institute President and CEO Robert Alt facilitated a tutorial on how to cut off contributions to “left-wing causes” by targeting public employee unions, trial lawyers, and investment management firms. O.H. Skinner, executive director of Alliance for Consumers, and Bridgett Wagner, vice president of policy promotion at the Heritage Foundation, joined the discussion.

New CNP Executive Member Boykin led a panel discussion focused on the question: “Can a Woke Military Address Future Threats?” with Mike Berry, First Liberty’s general counsel, and Keith Kellogg, retired Army lieutenant general and co-chair of AFPI’s Center for American Security. The three talked about “extreme policies [that] have been implemented through the Department of Defense” and “how woke ideologies have influenced our armed services.”