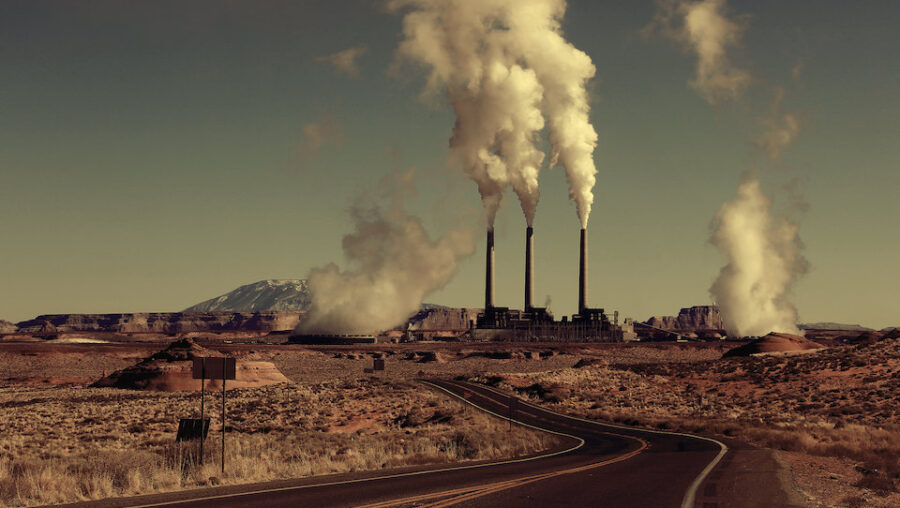 Last October, Republican attorneys general from 19 states sent a letter to the U.S. Senate committees on Environment and Public Works and on Energy and Natural Resources hoping to persuade senators to vote against further regulations on highly polluting methane emissions, a leading contributor to global warming.

The letter sent on West Virginia Attorney General Patrick Morrisey’s letterhead followed a virtual briefing in September from the American Petroleum Institute (API) laying out for Republican Attorneys General Association (RAGA) “policy directors” the burden of methane fees on the industry, according to an email obtained by the Center for Media and Democracy (CMD) through a public records request to the state of Wyoming.

CMD reached out to Morrisey’s office to ask whether his office or the industry drafted the letter but did not receive a response as of publishing. In the past, Republican AGs have circulated letters written by fossil fuel company spokespeople opposing federal regulations.

API spearheaded a separate letter on the same subject, signed by dozens of oil and gas companies and sent to the same two Senate committees on September 7.

API pays RAGA $100,000 (2021) per year to buy access to AGs and their staff, which The New York Times reported gives industry leaders an “annual opportunity to lead private briefings with Republican Attorneys General during RAGA events,” and “posting access to [an] online RAGA Briefing Room,” among other benefits.

When these letters were sent last fall, Congress was considering the Methane Emissions Reduction Act of 2021 sponsored by Sen. Sheldon Whitehouse (D-RI) and the Build Back Better Act, which called for imposing fees on methane emitted from petroleum and natural gas infrastructure. The U.S. and the European Union lead a coalition of 70 countries worldwide that has pledged to cut global methane levels by at least 30% by 2030, and both bills were proposed to help achieve that goal.

Within weeks of receiving the RAGA letter, Sen. Joe Manchin (D-WV), who chairs the Committee on Energy and Natural Resources, objected to the methane emission fees included in Build Back Better as a means of safeguarding the environment. His opposition prevented a vote on the bill in the Senate, where all 50 Democrats in the evenly split chamber need to vote in favor of the legislation in order to move it forward.

On Oct. 14, 2021, Rolf Hanson, vice president of state government relations at API, sent a message to a listserv saying, “Attached is a letter from Republican AG’s [sic] to Congressional leadership opposing the methane fee which is currently part of the Reconciliation Package. API provided a virtual briefing to the RAGA policy directors last month.”

The API email was forwarded to the Wyoming governor’s office by Joe Milczewski, vice president of state government affairs for Occidental, an oil and gas company based in Houston, Texas. He wanted to know why Wyoming Attorney General Bridget Hill (R) hadn’t signed the letter. “I know letters to Congress carry about as much weight as pixie dust,” he wrote, “but is there a reason our AG didn’t sign on? Internal RAGA politics?”

In her email responding to the governor’s office, Hill explained her failure to sign the group letter by writing: “I don’t participate in RAGA, so I wouldn’t have heard their briefing.”

API gave RAGA $50,000 on Dec. 28, CMD reported in an analysis of the group’s 2021 year-end report filed with the Internal Revenue Service.

RAGA accepts unlimited contributions from corporations, individuals, and special interest groups—including Koch Industries, Altria, and the U.S. Chamber of Commerce—primarily to fund the campaigns of Republican candidates for attorneys general. Together with its affiliates the Rule of Law Defense Fund, a 501(c)(4), and the Center for Law and Policy, a 501(c)(3), it runs a cash-for-influence operation that coordinates the official actions of Republican state attorneys general and sells its corporate funders access to those AGs and their staff.

The fossil fuel industry is consistently one of RAGA’s biggest funders, pumping millions into its coffers every year. Based on an analysis of RAGA’s last two IRS filings, fossil fuel companies and industry groups gave the organization nearly $1 million between July 1, 2021 and Mar. 31, 2022. Of the fossil fuel contributors, API gave $125,000, the second largest amount behind the $250,000 given by Koch Industries.