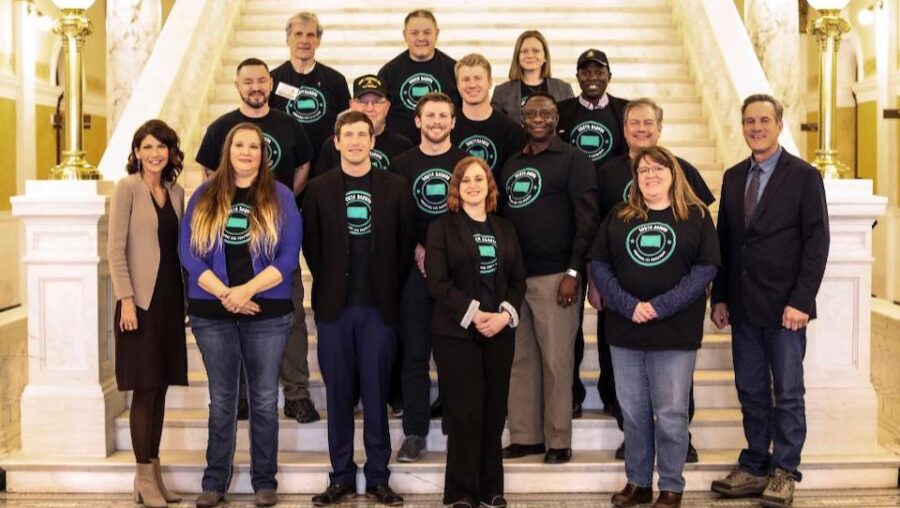 Americans for Prosperity (AFP), the right-wing astroturf operation backed by billionaire Charles Koch, suffered a defeat in South Dakota on Tuesday when 56% of voters approved a constitutional amendment to expand the state’s Medicaid program.

The citizens initiative, submitted by South Dakotans Decide Healthcare, requires the state to provide Medicaid benefits to everyone between the ages of 19 and 64 with an annual income below 138% of the federal poverty level, which is less than $18,000 for an individual or $34,000 for a family of four. The program will cover more than 42,000 previously uninsured people in the state.

Once Gov. Kristi Noem (R), who has indicated that she will respect the will of voters, implements Medicaid expansion, South Dakota will finally stop being one of a dozen hold-outs and join the 38 states that have already approved similar measures. The  provision, first made available with the passage of the Affordable Care Act (ACA) in 2010, provides 90% federal matching funds to cover the program. Another 5% increase in federal matching funds is available through the American Rescue Plan Act, one of the federal Covid relief programs, for two years after the expansion takes effect. For states, Medicaid is the single largest source of federal funds, accounting for more than half of the financial support they receive from the U.S. government.

Throughout this year, AFP has tried to derail the measure. In South Dakota’s June primary, it pushed Amendment C, which would have required 60% of voters to approve the Medicaid expansion measure rather than the current simple majority required for state ballot initiatives. However, primary voters rejected the amendment by a 2–1 margin.

The union-backed Fairness Project helped defend the state initiative process, and working with healthcare, community, and farm groups, was instrumental in defeating Amendment C. “Ballot measures have proven to be a critical tool when there’s a huge gap between the desires of the electorate and the actions of politicians,” Fairness Project Director Kelly Hall told the Center for Media and Democracy (CMD). “Medicaid expansion is a key example of that.”

With affiliates in 38 states, AFP prompts people to oppose public-sector unions, expanded healthcare, and environmental protections. In 2020 and 2021, it tried but failed to stop a Medicaid expansion ballot initiative in Missouri.

In South Dakota, AFP fought against Medicaid expansion (Amendment D on the state’s 2022 ballot), arguing in robocalls to voters that the measure would raise taxes.”We need to be reminded as voters that the federal tax dollars that are being spent by Medicaid to expand it, those are still our tax dollars,” AFP’s South Dakota State Director Kevin Moore told the Pierre television show, Dakota News Now. “It is not like those dollars come from someplace else. Those are our tax dollars, too.”

Between January and May 2022, AFP spent $567,000 for polling, robocalls, mailings, and social media advertising supporting Amendment C and opposing Amendment D through a front group known as South Dakotans Against Higher Taxes.

Recognizing that passage of the Medicaid expansion measure was all but a foregone conclusion once its attempt to change the rules was voted down in June, AFP reported spending less than $4,000 on canvassing against Amendment D this fall, and relied on its Facebook page and website to urge voters to reject it.

In 2021, AFP spent close to $837,000 on similar activities, according to reports filed with the secretary of state. In total, AFP has spent more than $1.4 million in its efforts to limit rather than expand Medicaid in South Dakota.

In 2018, AFP teamed up with a coalition using the same “Against Higher Taxes” name that spent $6.5 million in tobacco industry money to defeat a ballot measure calling for increased tobacco taxes.

Of the 11 hold-outs, each state has failed to pass Medicaid expansion for various reasons, though efforts continue both for and against the measure. In Kansas, one of the hold-outs, a poll conducted in the last half of September revealed that 72% of respondents support expanded Medicaid, and a similar poll by the American Cancer Society at the beginning of September showed that 70% of Wisconsinites are in favor of expanding Medicaid.