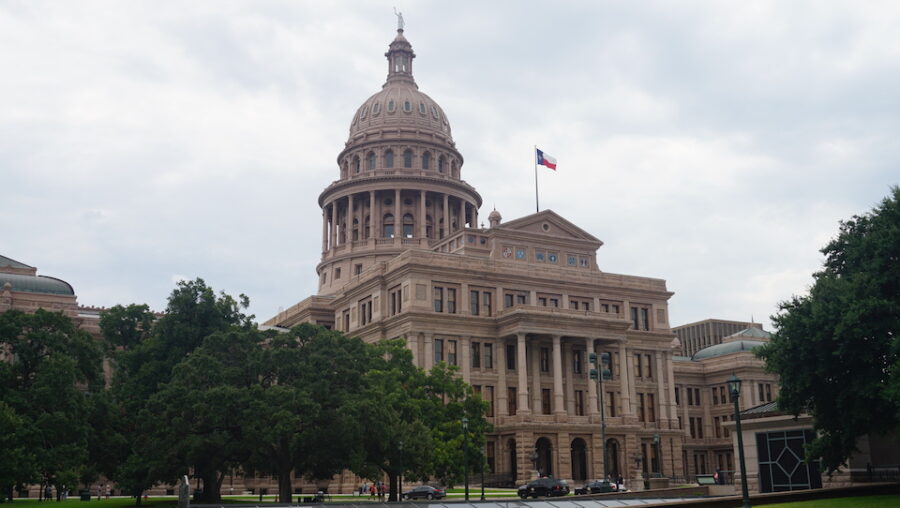 At least 224 state lawmakers affiliated with the American Legislative Exchange Council (ALEC) are enrolled in one or more far-right Facebook group, the Center for Media and Democracy (CMD) has found.

In May the Institute for Research and Education on Human Rights (IREHR) released a report titled Breaching the Mainstream that analyzes far-right Facebook groups and includes a database of 875 state legislators who are members. CMD cross-referenced this data with its own list of ALEC-affiliated legislators to identify which ones are also members of these extremist Facebook groups.

Because ALEC keeps its membership secret, CMD’s state lists are incomplete. Of the ALEC-associated legislators CMD could identify, the states with the highest number of ALEC members involved in far-right Facebook groups are Texas, Idaho, Pennsylvania, Arkansas, and Arizona.

The most popular far-right Facebook groups of interest to ALEC legislators deal with Covid denial, the Tea Party, and radical reinterpretations of the Constitution, but plenty of them are also drawn to right-wing Big Lie, school policy, and anti-abortion forums. And 11 ALEC legislators have been active in Facebook groups dedicated to Nativist, Far-Right Conspiracy, NeoConfederate, Anti-Indian, and Islamophobic themes.

ALEC legislators are most active in Covid denial groups, with anti-mask, anti-vaxx, anti-lockdown, and anti-mandate groups accounting for 38% of their far-right Facebook affiliations.

Among these groups is the South Carolina Citizens for God-given Rights and Against Shelter-in-Place, composed of residents and business owners who oppose what they see as "unconstitutional government restrictions" to protect public health during the pandemic.

IREHR reports that, in addition to spreading misinformation about the virus and the pandemic, Covid denial groups offer "fertile ground for far-right radicalization." They often become forums for anti-semitic attitudes, with groups like Take Back Missouri posting material that promotes rhetoric comparing Covid mask and vaccine mandates to the horrors of the former Nazi regime in Germany.

ALEC played an integral role in the movement to push back against public health efforts to curb the pandemic and lobby for the rapid reopening of the economy and schools. It was a founding member of the Save our Country coalition, which was formed to "reopen U.S. society and preserve the American way of life," and adopted a model Emergency Power Reform Act that called for the curtailment of governors' emergency order powers by limiting how long these mandates or regulations could remain in effect and preventing the reissue of expired orders.

In the summer of 2020, when Gov. Ron DeSantis (R) called for businesses and schools to reopen in his state despite surging Covid numbers, ALEC asked its legislative members to sign a thank you letter applauding DeSantis for "wisely" taking "the first steps to safely reopen Florida."

At its July 2020 meeting, the organization also advocated for a model liability protection bill that would shield businesses from Covid-19-related lawsuits, allowing them to operate with fewer health precautions and little accountability during the pandemic.

Eighty-nine ALEC legislators are in groups related to the Tea Party movement—whether original groups now using different names, national or local factions, or independent proponents of Tea Party ideology. One such group, Montana Shrugged, TEA Party Patriots, has 1.4 million members and claims to be "committed to educating citizens about a return of the federal government to its original Constitutional limits." The group overlaps with other extremist categories, such as anti-immigration, with a typical post from group administrator Jennifer Olson reading:, "We must close the border! The open border is a national security crisis. We should be tripling the size of CBP [Customs and Border Protection] and funding all security measures like the wall and technology to keep our country safe."

Forty-eight ALEC legislators belong to what IREHR calls "Constitutionally Constructed Nationalism" groups that pride themselves on defending the "true" Constitution against left-wing policies and legislation. These groups often call for overturning Reconstruction-era amendments that abolished slavery and extended constitutional protections to the states and believe a radical restructuring of the federal government is necessary for the public good.

IREHR considers "posse-influenced" groups as a key subcategory within Constitutionally Constructed Nationalism, explaining that these groups are derived from a far-right paramilitary group (the Posse Comitatus, which is Latin for "power of the country") that believes county sheriffs represent the "highest law of the land," and that sheriffs or other individuals in a sheriff’s posse have the right to arrest government officials if members deem their practices unconstitutional. This ideology is overtly antisemitic and racist. Other subgroups in this category include Second Amendment extremists, constitutional convention proponents, secessionists, paramilitary groups, and far-right political parties.

Approximately 6% of the Facebook groups ALEC legislators belong to fall in IREHR's Stop the Steal category. Since these groups perpetuated the idea that the 2020 presidential election was illegitimate or "stolen," they have since been removed from Facebook.

ALEC's national chair, Karen Fann, has made claims that the 2020 election is uncertifiable, saying that Arizona Attorney General Mark Brnovich will need to go to court to overturn the election results if he accepts her controversial election "audit" performed by the far-right Cyber Ninjas—even though it revealed no fraud.

Florida state Rep. Anthony Sabatini (R), who is running for Congress in November, was a member of six different Stop the Steal Facebook groups; New Jersey Sen. Joseph Pennacchio (R) was a member of nine; and Texas state Rep. Phil Stephenson (R) participated in 17 of these groups.

ALEC is deeply involved in election denial and the so-called "election integrity" movement, which promotes the myth of widespread voter fraud and advocates for policies that would disproportionately disenfranchise minority and low-income voters. At the February 2020 meeting of the Council for National Policy, Nelson spoke on behalf of ALEC, disclosing the organization's work with former Trump attorney Cleta Mitchell on a strategy for "questioning the validity of an election."

ALEC has also produced model legislation on "election integrity" through the Honest Elections Project, which is funded by dark money. By outsourcing this, ALEC avoids the corporate pushback it received in the past due to its overt voter suppression work. While Nelson claims publicly that her organization "doesn't have 'template legislation' on voting because ALEC doesn't work on voting issues," she admits to her own membership that ALEC is developing "model policy" through the Honest Elections Project.

School-centered groups account for 6% of the far-right Facebook groups ALEC legislators follow. These focus on policies affecting public education and align with movements against including the study of institutional racism and comprehensive sex education in public school curricula.

Moms for Liberty is one of the most prominent Facebook groups in this category, with five ALEC legislators belonging to a chapter in their respective states. IREHR reports that Moms for Liberty combines Covid denial, anti-critical race theory (CRT), anti-sex education, and anti-LGBTQ ideologies.

In September 2021, Nelson disclosed ALEC’s role in pushing "anti-CRT" legislation in at least 13 states, even though CRT is a college-level theory not taught in K–12 classrooms. "Let’s start calling it 'teaching racism' instead of Critical Race Theory," she urged, while applauding various lawmakers for their efforts to suppress teaching about institutional racism in public schools. The previous year, ALEC hosted a workshop called "Against Critical Theory's Onslaught," which argued that CRT is both anti-American and a new version of the "Marxist ideology of class warfare."

Not surprisingly, given ALEC’s support for overturning Roe v. Wade, anti-abortion groups on Facebook are also of interest to ALEC-affiliated politicians.. After the Supreme Court's June decision to overturn Roe, ALEC teamed up with the group Susan B. Anthony Pro-Life America to train ALEC legislators on how to discuss abortion policy going into the 2022 midterm elections. ALEC’s annual meeting in July 2022 kicked off with a reception in conjunction with SBA celebrating the Dobbs v. Jackson Women’s Health Organization decision. In addition, immediately after its December 2021 policy conference, ALEC gave the Family Research Council access to its legislative members for a Pro-Life Legislative Summit with Jonathan Mitchell, author of the Texas Heartbeat Act, as a featured speaker.

Of the ten far-right legislators profiled in IREHR's report, five are affiliated with ALEC: the aforementioned state Reps. Stephenson from Texas, Nichols from Idaho and Sabatini from Florida, plus Arizona Sen. Kelly Townsend (R) and Wisconsin Rep. Daniel Knodl (R).

The far-right views of the 875 legislators covered by IREHR's report have had a tremendous impact on state legislation, often dominating public debate in state capitals around the country. In recent years, those legislators have introduced 383 voter suppression bills, 360 Covid denial bills, 247 anti-abortion bills, 241 anti-protest bills, 148 anti-CRT bills, 132 anti-LGBTQ bills, and 21 anti-immigrant bills, according to IREHR.

All articles by Julia Chumlea